Home›News›Lifetime's 'Petals on the Wind': Is it as bananas as the book?

Lifetime's 'Petals on the Wind': Is it as bananas as the book? 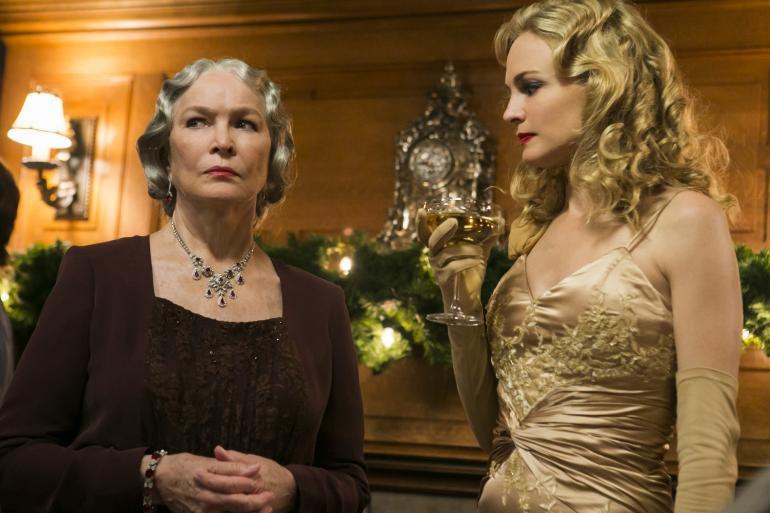 The short answer, alas, is “no.” And really, how could it be? V.C. Andrews’ Petals on the Wind is in a class of its own, one where movie adaptations dare not go — a world in which it’s perfectly fine and great for a 40-something widower to fall in love with a gorgeous, 15-year-old shut-in who’s just been raped by her equally beautiful brother. (Don’t worry about the lack of consent, though; according to Andrews, the girl kind of wanted it anyway. Also totally normal and okay.)

So yeah: In Lifetime’s version of Flowers in the Attic, the rape was reimagined as a consensual act, probably because watching 14-year-old Kiernan Shipka engage in incest is already traumatic enough. And though there is no universe in which Lifetime’s version of Petals could reasonably be called “understated,” its decision to flash forward 10 years after the events of Flowers allows it to sail right past many of the book’s most disturbing elements – though it does meet others head-on. And while this movie, like the first, tends to be disappointingly muted — psst, actors: this material is ridiculous! Why are most of you taking it so seriously? — it does have occasional flashes of insanity that meet (and, at one point, possibly exceed) the book’s own ludicrous level. In fact, if I could do it all over again, I might recommend watching the movie this way, just to get past the dull bits:

1. Fast-forward through the opening funeral scene — the deceased is Paul Sheffield; in the movie, he’s a kindly doctor who took the Dollengangers in when they had nowhere else to go; in the book, he’s that, but also a man consumed by lust for teenage Cathy and, oh yeah, secretly still married to a woman he personally drove insane – and our first glimpse at Heather Graham with her husband, Bart Winslow (who does not have the “huge, thick mustache” he’s got in the book, which is more disappointing than you think it’s going to be). Stop when Cathy’s doing ballet so you can meet Julian, yet another dude who cannot live without our heroine. Does the girl smell like steak or something?

2. Skip Christopher meeting his perky new love interest (who is very sweet, but kind of boring, and also not in the book) and Carrie getting the business end of some relatively tame bullying — tame for the network that once aired this, anyway — to watch Ellen Burstyn’s first scene, which can’t come soon enough. Spoiler: There is not nearly the correct amount of Ellen Burstyn in this movie. That amount is “more.”

3. Pay half-attention during Cathy’s first date with Julian — but make sure you’re watching when she comes home, because this is the moment we’ve all been waiting for. By which I mean: Inceeeest! After Cathy and Christopher’s supremely icky tryst, we learn that following their first roll in the attic, she had a miscarriage. This is horrifying, but still not as horrifying as what happens in the book: During her first big ballet audition, teenage Cathy leaps into the air… and then doubles over in pain. There’s blood everywhere. Later, Cathy wakes up in a hospital bed and is told that the blood came as a result of all the periods she missed due to malnutrition and whatnot; they “must have clotted and then broke free.” Yeah, no, that doesn’t happen; she had her incestual miscarriage in front of everyone. That’s gotta be a 10 on the blush-o-meter.

4. Feel free to speed along until Cathy gets to New York to live with Julian, then has another sex scene with creepy undertones. Er, overtones. All the tones, really.

5. Carrie and the mean girls, yada yada yada. Carrie half-dressed and asking Christopher if he thinks she’s pretty? Euugghh. Watch it only if Game of Thrones has really upped your tolerance for this sort of thing.

6. Cathy and Julian’s escalating relationship is fairly by-the-book — Lifetime movie-wise, at least; it’s more twisted in the actual book, since Paul is also around complicating things — and skippable, at least until he begs her to forgive him for hitting her… then casually drops some glass into her rival’s pointe shoes. Whoa! Red alert: This is a departure from the book, and an admirably ridiculous one at that. Though I can’t help but feel a little cheated that Movie Julian never purposefully breaks a bunch of Cathy’s toes out of spite.

7. We’ve got some more boring stuff with Heather Graham — it is so hard to think of her as anything but that, even though I know she’s playing a character named Corrine — before we get to one of the movie’s better moments of Southern gothic weirdness: That mean girl stuff finally pays off when Carrie’s doll goes missing. A+ scenery chewing, ’70s-era Regina Georges.

8.  Carrie arrives in New York, but you don’t need to pay attention until Cathy’s big ballet debut — and Christopher catches Julian groping his other sister backstage. The sad news for Bunheads fans: This is the closest Bailey Buntain gets to a ballet stage all night, which is a damn shame.

9. Watch the car crash that does away with Julian (in the book, he actually kills himself after being paralyzed; “escalation” is V.C. Andrews’ other middle name), then hit fast-forward again until you see Carrie singing in a choir. You’re stopping just to see this immortal exchange:

Cute Innocent Minister Boy Alex: “Can I get you a doughnut? They’re homemade.”
Carrie: “I haven’t got much of a sweet tooth.” HAAA.

10. And then you’re fine to go forward until Cathy comes into her kitchen and is informed by her housekeeper that “Miss Carrie got herself up early and done some baking.” (Side note: The good people at Lifetime elected not to make Housekeeper Henny a mute, which kiinda makes her character less problematic. Kinda.) What follows may be the only moment that Movie Petals truly approaches the awesome heights of Book Petals: Cathy notices a cookie sheet on the kitchen counter. It’s covered in… powdered doughnuts. (These are the only stories in the world where that sight indicates “danger” instead of “delicious!”) And then the camera pans over to the other counter… where a giant canister of rat poison sits. Just chilling. Carrie didn’t bother putting it away, and Henny the housekeeper somehow hasn’t noticed it all dang morning. Bravo, Petals: You have truly outdone yourself. And unfortunately, it’s sort of downhill from here.

11. Post-doughnut suicide, the revenge plot Petals has been building toward finally goes into motion. This last half-hour or so hangs together much better than everything that’s preceded it, partly because it’s more linear than the rest of the movie and partly because it holds the promise of more Ellen Burstyn. In fact, watching it, I wonder if movie Petals might have worked better if it had begun with Carrie’s death and used that as a catalyst for two hours of Cathy gradually getting vengeance by seducing her mother’s husband. Such a movie would have been more cohesive, certainly; considering how much of the book gets elided anyway, it couldn’t have hurt to make the adaptation less about cramming in plot points and more about really digging deep into the story’s craziness.

Anyhow, it’s fairly smooth sailing from here on out, so enjoy without further fast-forwarding — especially when Heather Graham meets her appropriate end. Hey, think she might run into Victoria Grayson in there?

Steven S. DeKnight in as showrunner on ...