Home›Australian Shows›Leigh Sales tells PM: “I ask the questions on this program”

Leigh Sales tells PM: “I ask the questions on this program” 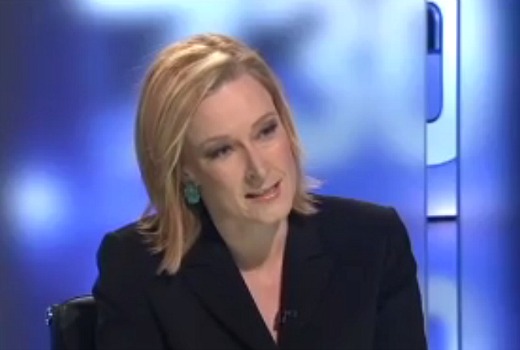 7:30 host Leigh Sales last night put the Prime Minister back in his box after he attempted to redirect her line of questioning.

Probing him on the Mal Brough issue, Sales was undeterred by his response that she had lost interest in his plans for innovation.

“There’s lots of issues, we can’t walk and chew gum at the same time?” she asked.

“The problem is we can’t,” he replied.

“If every guest on the program came on and they only got to talk about what they wanted to talk about, it would be a very different program. Now listen…” she told him.

“Let me ask you this question, how interested do you think your audience are-” he suggested.

“I ask the questions on this program. I think they’re very interested quite frankly,” she insisted.