Home›Australian Shows›Lebanon TV debates Habibs: ‘Perhaps they will be endearing?’

Lebanon TV debates Habibs: ‘Perhaps they will be endearing?’ 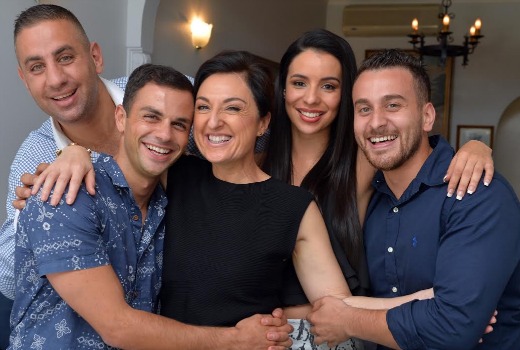 While the segment shows Nine’s promo and speaks to disapproving public in Lebanon, the tone shifts significantly during a Skype interview with Labib Chemali, described as an active member of the Lebanese community & Australian society.

Chemali seeks to put some context on Australian comedy, and his expatriate experience, for OTV viewers.

During the interview there is discussion over use of stereotypes, a line about the lead character’s “many wives” and religion.

Chemali notes while things are implied in the promo they remain unclear.

(Spoiler: FouFou’s line about his “many wives” is followed by wife’s Mariam’s disapproving “He’s joking.”)

Chemali has no issue with being the subject of comedy, but did agree that a better representation of the Lebanese community was his preference over stereotypes.

“If they want to make fun of us, go ahead, we are fine with it. But make fun of something realistic that we actually do,” he says.

“Because here in Australia, no-one is above being made fun of. Even Australian Society makes fun of itself. This is accepted here.

“Now if they want to make fun, show a stereotype, this is no problem at all. At least show something realistic.

“Pardon what I am saying, but what they are showing is idiocy. Now there is a small segment that are idiots. They are laughed at by Australians and Lebanese alike should they go back to Lebanon.”

By the end of the 12 minute segment the host’s initial disapproval about a negative sitcom had shifted to a more neutral position, even acknowledging they may have been too quick to judge.

“Perhaps it is a funny show and the family are portrayed in an endearing manner,” says the host. “Now we understand the promo is upsetting and portraying the Lebanese as chaotic and so forth. So let us wait until the 9th of this month to see where the series is going.”

TagsLebanon TV debates Habibs: ‘Perhaps they will be endearing?’