Home›U.K. Shows›Kill Zone 2 | A martial-arts epic with melodrama and mayhem

Kill Zone 2 | A martial-arts epic with melodrama and mayhem

Don’t get hung up over the absurdly over-cooked plot – which shuttles back and forth between Hong Kong and Bangkok and concerns the entwined fates of a Thai prison guard (Tony Jaa) and the undercover Hong Kong cop (Jing Wu) who turns out to be a bone marrow match for the guard’s dying daughter. (The story, incidentally, has nothing to do with the film’s 2005 predecessor). 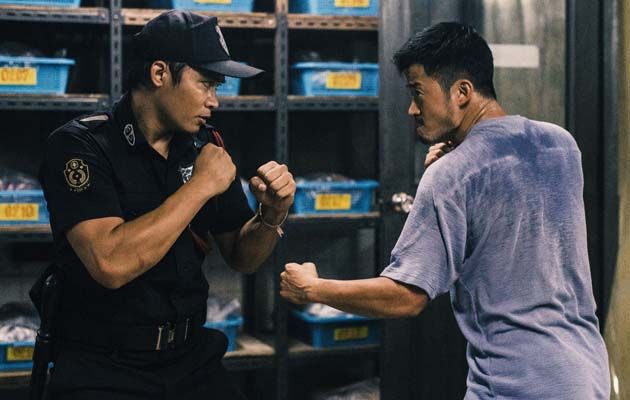 But do brace yourself for some truly astonishing action. And if your eyes are not already out on stalks at the furious prison-riot scene – which sees Jing’s cop desperately trying to get a phone signal in the midst of the mayhem, just wait till you get to the film’s ferocious finale at the top of a sleek penthouse, where the stylishly shot and stunningly choreographed mass battle is set to the elegant strains of Mozart’s Requiem and Vivaldi’s Four Seasons.

Kill Zone 2 (aka SPL 2: A Time for Consequences) debuts on Sky Cinema Premiere on Wednesday 5 April. Available on DVD from Precision Pictures.