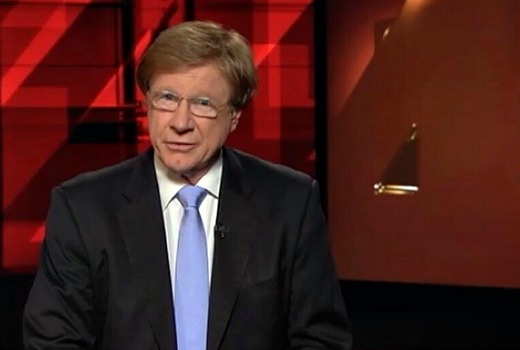 But it also appeared to be the end of an era for the highly-respected broadcaster.

“I’ve been privileged to enjoy a long and deeply fulfilling run with ABC current affairs programs over many years, and to have shared that journey with you. You are why we’re here,” he told viewers.

“And I’ve been massively privileged to have worked alongside so many of the best craftsmen and women our industry has produced – people dedicated to the pursuit of excellence. It should go without saying, but I’ll say it anyway – the more complex our future as a nation becomes, the more vital the ABC is to that future.

“I’m not retiring from journalism, just moving onto other things. In the meantime, go well and goodnight.”​

“In recent years at Four Corners he was able to synthesise important and often complex stories in a way that helped audiences stay and appreciate the very best in Australian journalism. It has been a golden era at Four Corners, and Kerry has been a vital part of the team.”