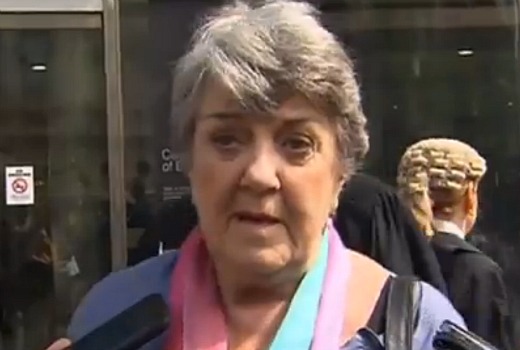 In August the former Prisoner star was found guilty in August of two counts of indecent assault and one charge of committing a gross act with a person under 16. She had been given an 18-month community corrections order, placed on the sex offender register for eight years and was required to complete 100 hours of community service.

Kirkpatrick had always denied the allegations, describing them as “malicious and untrue” when first interviewed by police.

Today Judge Geoffrey Chettle said Kirkpatrick should not have been convicted in the Melbourne Magistrates’ Court and dismissed the conviction against her.

“This case is about credibility rather than reliability,” he said.

In 1984, the girl was a patient at a psychiatric hospital where she befriended a woman who also worked on the series, who introduced her to Kirkpatrick.

The judge said it was clear Ms Kirkpatrick was a warm and caring person who had helped young people in the past, which is why she might have decided to invite the girl home.

He found there was sufficient doubt surrounding the case and no independent evidence to prove the allegations. He also found inconsistencies between the complainant’s account of events, and medical records and evidence given by a psychiatrist.

With the quashing of the original allegations, today’s ruling ends a two year saga for Kirkpatrick, a conviction which privately had surprised many in the industry, given it did not conform to any pattern of behaviour.

“I simply want to thank my legal team, my beautiful family and the hundreds of fans and members of the acting fraternity who have stood by me for the last two years,” Kirkpatrick said outside court.

“It’s been rather difficult, but I am very happy with the result.”

NBC Renews The Blacklist for Season 4