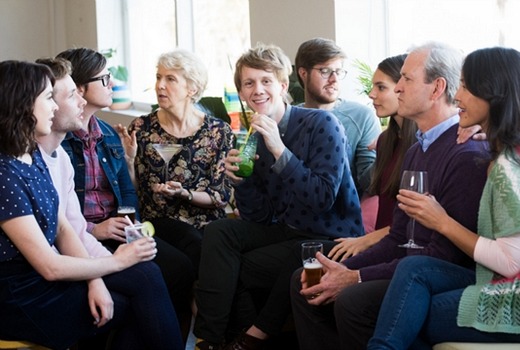 While Please Like Me is based on Josh Thomas’s stand-up act, a big part of the storyline deals with his mother’s own mental illness.

But although she wasn’t sure what to make of the first season, according to the man himself, she did give her blessing.

“(My family) has the highest level of control over the show. My mum and dad signed a contract and if they want something not in, they can have it not in. It’s not like they have to agree to anything that happens. But they always do,” Thomas told TV Tonight.

“But it wasn’t what they’re used to watching. My Dad really likes Two and Half Men. So he wasn’t sure I was going to be employed for very long. That was his major concern, more than how he was going to look.

“The idea of a drama / comedy is not really something they understand. They don’t understand why it’s not funnier.

“But my mum had a lot of really good feedback from her psychiatrist.

“They were really happy with how I represented mental illness. And that’s how I sold the idea to my mum, saying it would be really good to put on television. (I said) ‘I’ve got a bit of authority to talk about it,’ because I’ve experienced it with her.

“Luckily it worked out that way!”

“I think we have our funniest episode this series”

The third season of the ABC comedy moves from ABC2 to the more profile primary channel. The first episode doesn’t hold back in its candid scenes, with Josh trying to get Arnold (Keegan Joyce) to commit to being his boyfriend -including sex scenes.

“The characters are growing up and hopefully developing a little bit. But we’re firmly heading into drama territory as we head through the series. And I think we have our funniest episode this series, as well,” Thomas explains.

“In Episode 1 a lot of those things didn’t happen with my current boyfriend. He’s not anything like that. Geoffrey is based on someone vaguely real but he wasn’t the first boy I ever kissed.

“There’s also a lot more of David Roberts. He’s so funny and we’ve not used him very much. Josh’s relationship with his Dad has been glossed over, so we focus on that,” he continues.

“In episode 3 Arnold comes out in a more-traditional way than Josh did. He has a homophobic dad, so it’s quite a different experience.”

“They’re such a good extension of Arnold’s character. So we meet his parents and they tell you quite a lot about him.” 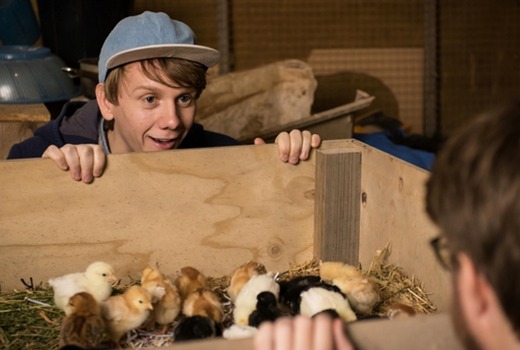 The series will once again screen in the US on youth-skewing cable channel Pivot. Since it launched in 2013, it has attracted positive reviews and award nominations.

“I’ve only ever read 2 bad reviews,” Thomas insists. “One from a blog and one from a Christian website that actually quite liked the show but then at the end damned me to an eternity in hell. They thought it was quite a well-made show ….but I’m going to perish in a fire for all of eternity…”

This season also marks his directing debut, juggling roles both in front of and behind the camera in Episode 4.

“I just copied what (Director) Matt Saville does. It’s the same crew so everybody knows what they were doing.

“I had to yell ‘Cut!’ at the end of a kissing scene with Keegan,” he laughs.

“It was fine. There are 2 episodes this season that are just silly and that’s one of them. I think if I had to do a crying scene and yell ‘Cut!’ and review the shots and give actors notes, and break down crying again, it would be quite challenging.”