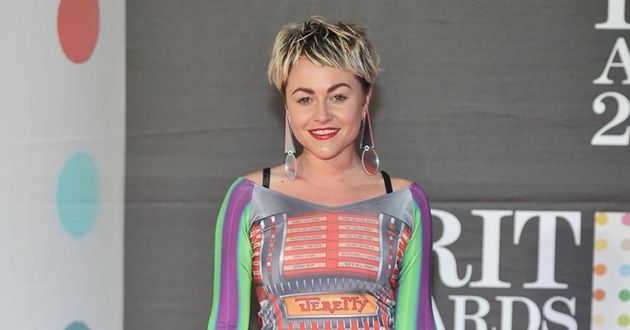 Jaime Winstone is to play Dame Barbara Windsor in a new BBC1 drama series telling the story her life, with Samantha Spiro taking on the role of the actress in her later years.

Winstone will play the Carry On and EastEnders star during her 20s and 30s, with Spiro, who has already played Windsor on stage in several Carry On productions, playing in her 50s.

A total of four actresses will play Windsor during the 90 minute drama, with two child actors also appearing. Dame Barbara herself will make a cameo appearance.

“It is a complete honour to play Dame Barbara Windsor,” said Winstone, daughter of Hollywood star Ray Winstone. “It is a role I have manifested for years and am so excited to step into her national treasure shoes! I have always been a huge fan of Barbara and to be able to play her throughout this stage in her life is gonna be very special. I can’t wait to start filming.”

Spiro, who must have seemed like a natural choice for the role after impressing critics with her portrayal of the EastEnders star on stage, said: “It’s absolutely thrilling to be playing Barbara again. Tony Jordan has written a beautiful celebration of her life, but it’s not your usual biopic, lots of surprises! She is so adored, so I hope we get it right and that Barbara herself loves it!”

The drama will take viewers on a 50-year journey, from 1943 to 1993, telling the story of Windsor’s early life and glittering career. It will include her lonely childhood during the war, her marriages, her big break in the Carry On films and the story of how she became an EastEnders icon.

Dame Barbara said of the drama: “I am truly thrilled to know that the BBC have secured two such talented and established actresses to portray me in their new biopic of my life. Sam Spiro has already proved herself playing me on stage and TV to great acclaim, as well as, having her own incredible career. Sam will now be playing me at a later time in my life which will be a new challenge for her and one she will undoubtedly achieve. And then to be lucky enough to have one of today’s current dynamic actresses playing the younger me fills me with such excitement, especially knowing that it is Jaime Winstone. Boy am I a lucky lady!”

Babs is scheduled to air next year.