Home›U.K. Shows›Jaime Winstone: ‘About 15 years ago Barbara Windsor told me I should play her – now it’s happened!’

Jaime Winstone: ‘About 15 years ago Barbara Windsor told me I should play her – now it’s happened!’

Jaime Winstone is one of five actresses to play Barbara Windsor in BBC1’s one-off drama Babs. Her portrayal is of Barbara in the late 1950s and 1960s as she became the cheeky Cockney actress we all came to know and love.

“This drama is warts and all – nothing is held back,” Jaime told What’s On TV when we spoke to her during filming. “Barbara herself was on set and taught me how to do her trademark giggle properly! The one tip she gave me for playing her was to ‘Keep it camp!’ I also knew I had to keep clinging onto her innocence and naivety that keeps her journey so true and so wonderful to watch.

“It is not your usual biopic. The first thing Barbara said about the project was: ‘We should do something different’, so we don’t do that Carry On Camping bikini scene – thank goodness!”

While Samantha Spiro plays an older Barbara looking back on her life, Jaime’s younger Barbara is seen being mentored by acclaimed theatre director Joan Littlewood (Zoe Wanamaker) and marrying gangster Ronnie Knight (Luke Allen-Gale) and joining the cast of Carry On Spying when she seems to annoy Kenneth Williams, at first. She’s also shown in the company of Hollywood actors like Warren Beatty and British gangsters, the Kray twins. The heartache and betrayals in her first marriage to Ronnie are all laid bare… 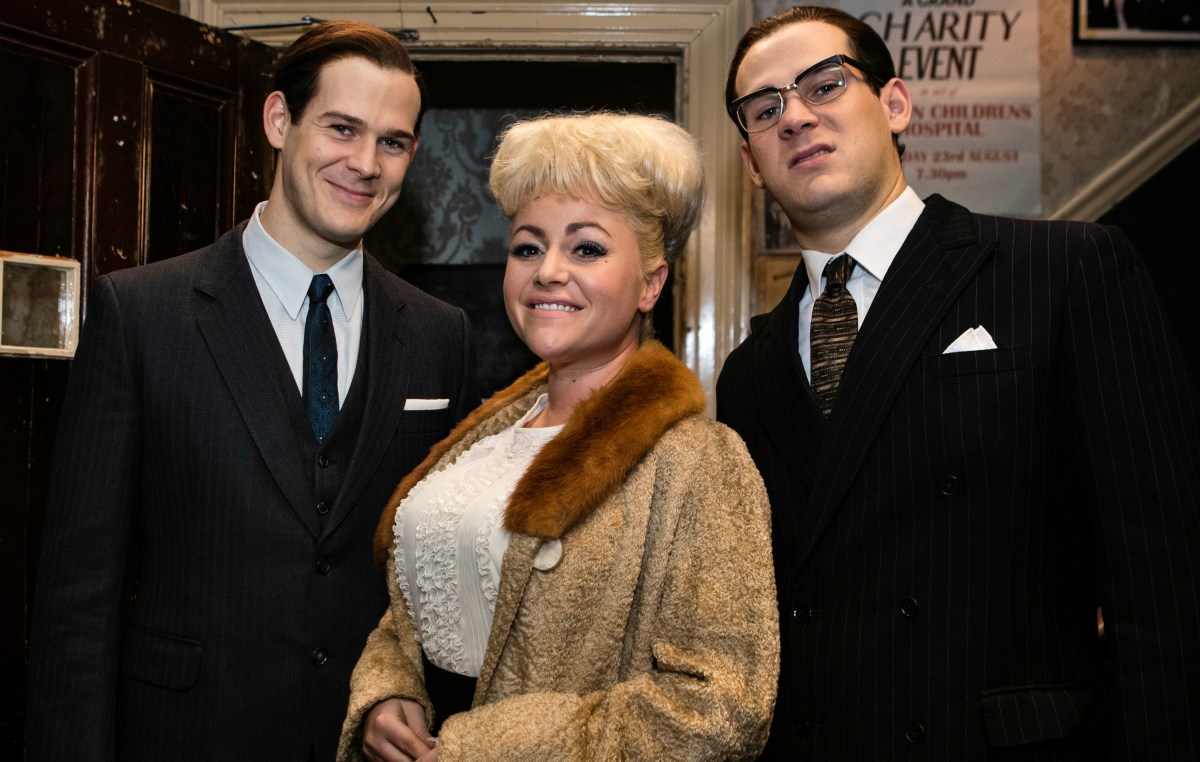 Barbara met the notorious gangsters, the Kray twins, in the 1960s, which is shown in the drama

“Barbara’s life is quite amazing,” said Jaime. “A lot of my generation wouldn’t know about her theatrical background, her time singing at Ronnie Scott’s and going on to become a big Broadway star in New York. As her career was ascending, however, she became torn between her love life with Ronnie Knight and her career. It was a real tug of war and that was hugely interesting to play.”

Made in Dagenham star  Jaime also felt that becoming Barbara was  a role she was destined to play.

“About 15 years ago I sat behind Barbara at an awards ceremony and when she heard me laugh,  she said: ‘You should play me!’ And all those years later it happened. I dyed my hair blonde for the audition and went in as Barbara.” 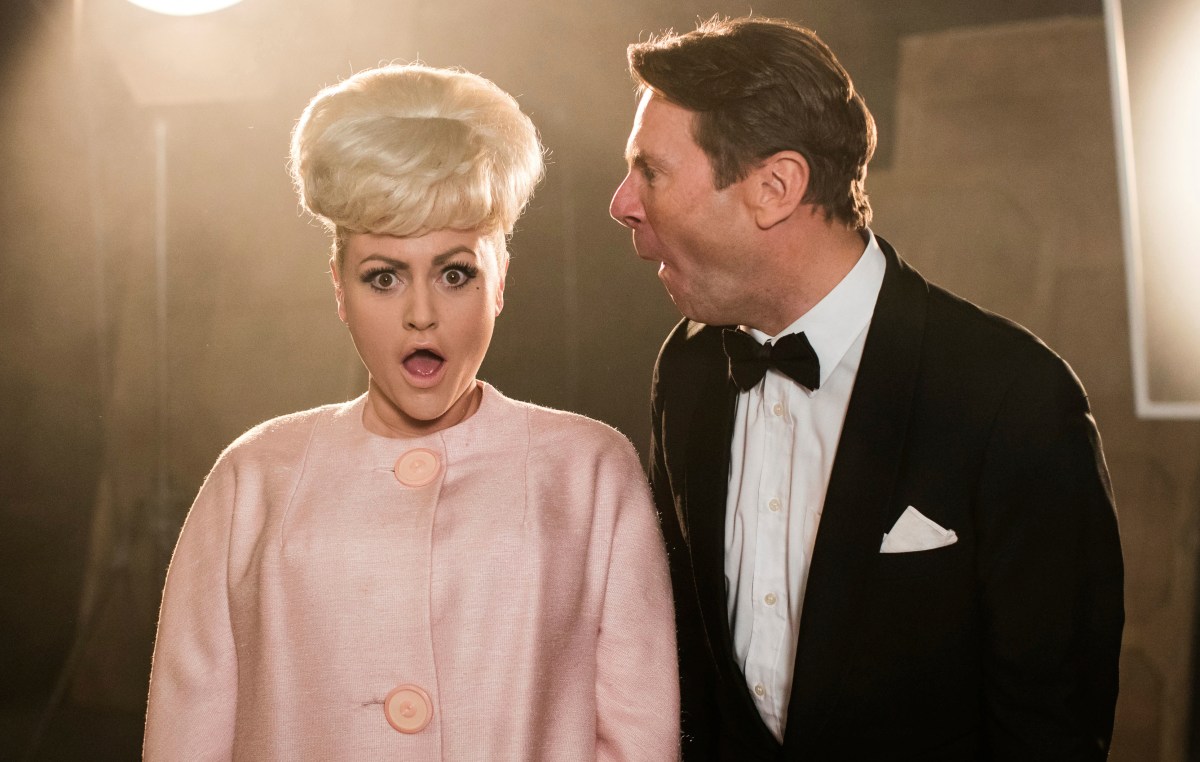 The real Barbara Windsor, who makes cameo appearances as herself throughout the drama, was on set to provide support for Jaime.

“There’s immense pressure playing Barbara because she is a national treasure, but she has been so open and she has such a warmth that the pressure faded away and I could really relate to her. Barbara is a really, really wise woman. She also said to me: ‘You are more me than me!’ That’s a great pat on the back.

“I had never sung in front of anyone before or my famil,y but I rap quite often! I found it quite scary to do the singing scenes, but Barbara put me at ease. It’s been a real honour to step into Barbara’s beautiful tiny iconic shoes and just really enjoy it. It’s a job that I have walked away and said to myself: ‘That was really fun!'”

Babs premieres on BBC1 at 8pm on Sunday 7 May

Viewers expected a killer twist in the ...