The new series of Doctor Who will see the Time Lord joined by Bill, who will be his first openly gay companion.

When the new series of Doctor Who, the Time Lord will have a new companion, Bill Potts – played by Pearl Mackie – and it will quickly be revealed that she is gay.

It comes out in her second line of dialogue when the sci-fi drama returns to BBC One on April 15.

“That representation is important, especially on a mainstream show.” 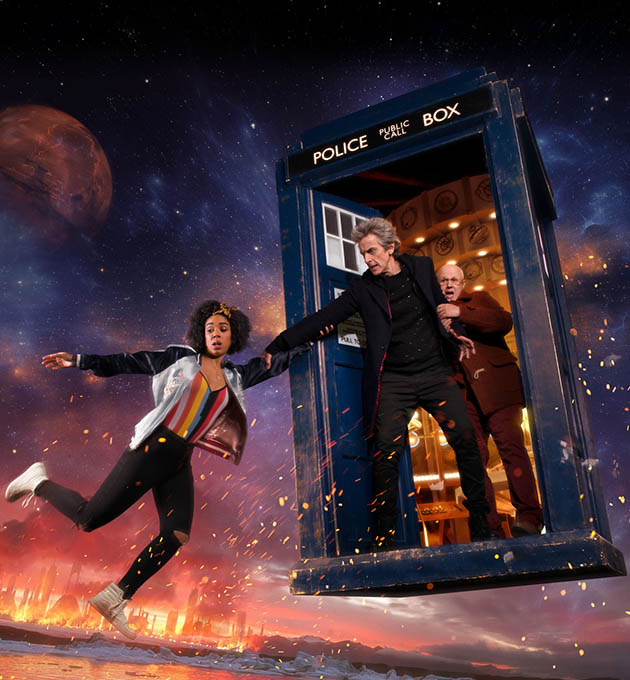 Bill, The Doctor and Nardole battle to survive in the new series

She added: “It’s important to say people are gay, people are black – there are also aliens in the world, so watch out for them!

“I remember watching TV as a young mixed race girl not seeing many people who looked like me, so I think being able to visually recognise yourself on screen is important.”

“[Being gay] is not the main thing that defines Bill’s character – it’s something that’s part of her and something that she’s very happy and very comfortable with.”

Gay and bisexual characters have featured in Doctor Who before, such as Captain Jack and River Song, but this is the first time the Doctor’s permanent companion has been openly gay.

Although Captain Jack – played by John Barrowman – travelled with the Doctor for a number of episodes, he was not a full-time companion in the traditional sense.

Pearl said it had been “kind of insane” to be the centre of attention since she was announced in the role last April, despite not being seen on screen until this Easter. 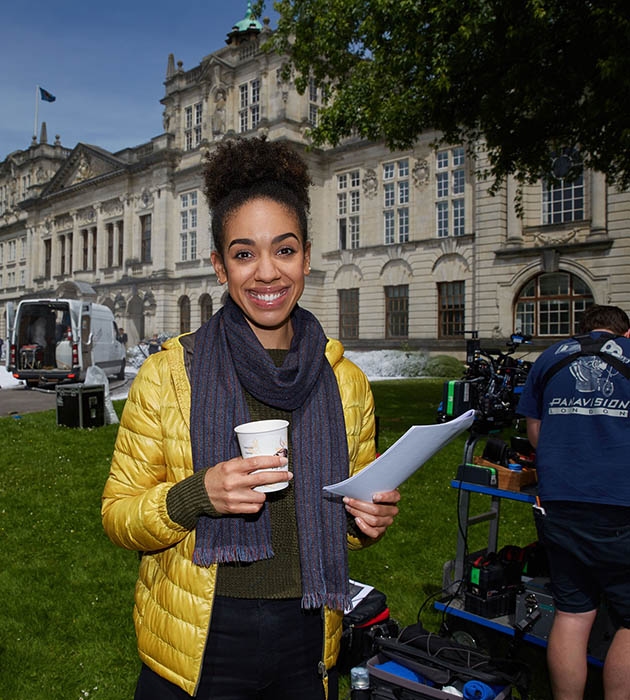 Pearl on the set of the new series of Doctor Who

“But it’s been really nice, everyone seems to be really excited. This is the biggest job I’ve ever done.

“Looking at previous alumni, it’s only done wonderful things for their careers – Matt Smith is phenomenal in The Crown, Jenna Coleman has gone on to do Victoria and Billie Piper is doing incredible things,” she said.

“If I even get to do [a small amount] of those kind of things it would be incredible. It’s an amazing platform for me and it opens a lot of doors that wouldn’t necessarily have been open before – it’s very exciting.”

This series of Doctor Who will be Peter Capaldi’s last, as the actor is due to hand over the key to the Tardis during this year’s Christmas special.