I'm a Celebrity champion Scarlett Moffatt has quit her presenting job on Capital FM North East to concentrate on her budding TV career.

The Gogglebox star had hosted the breakfast show on the branch of Capital since last year, though has now decided to focus on becoming the queen of TV according to The Sun.

The station posted a picture of Scarlett on Facebook with co-host Roger 'Bodg' Howard and producer Matt Bailey, announcing: "Goodbye and good luck Scarlett Moffatt! Go and smash it in London!!"

She is apparently planning to move to the capital and live with partner Luke Crodden, as well as focus on her newfound fame after becoming Queen of the Jungle.

Scarlett has apparently been tipped to host a new series of Blind Date, and there is even talk of a show with Luke too. On top of that, she wants to host her own chat show with I'm a Celeb's Ant and Dec.

Although, Scarlett has previously dismissed thoughts of hosting a chat show by arguing it may be a bit of a bold move for someone just starting out.

"I think I might be pushing it there aren't I?" she said. "I might start a bit lower. A chat show would be amazing, but I feel like I'd need to learn a lot more before I start doing something like that. 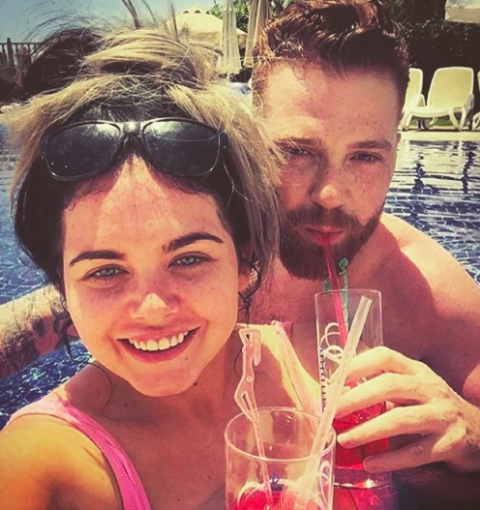 "Alan Carr, Jonathan Ross, people like that, they work hard. I've got a lot of learning to do before I do anything like that.

"I don't want to just go in because I've been given the opportunity, I feel like I want to go in and know that 'Right Scarlett, you've got this', rather than just be winging it."

Before any of that though, Scarlett is reportedly planning to have cosmetic surgery on her boobs, explaining: "Now that I've lost weight, and my titties are cleaning my shoes, I would like them lifted to where they are meant to be."