This time around, the highly anticipated follow-up - called Red Nose Day Actually - has been heading back to Downing Street for what looks like another press conference to be delivered by Hugh Grant's prime minister character.

After all, who could forget when he stood up to Billy Bob Thornton's US president in the original?

As well as sharing photos of the assembled crowd for the press conference in what looks to be the film's Downing Street set, Emma spent most of the day basically playing Where's Wally when it comes to which of the stars is actually on set today. 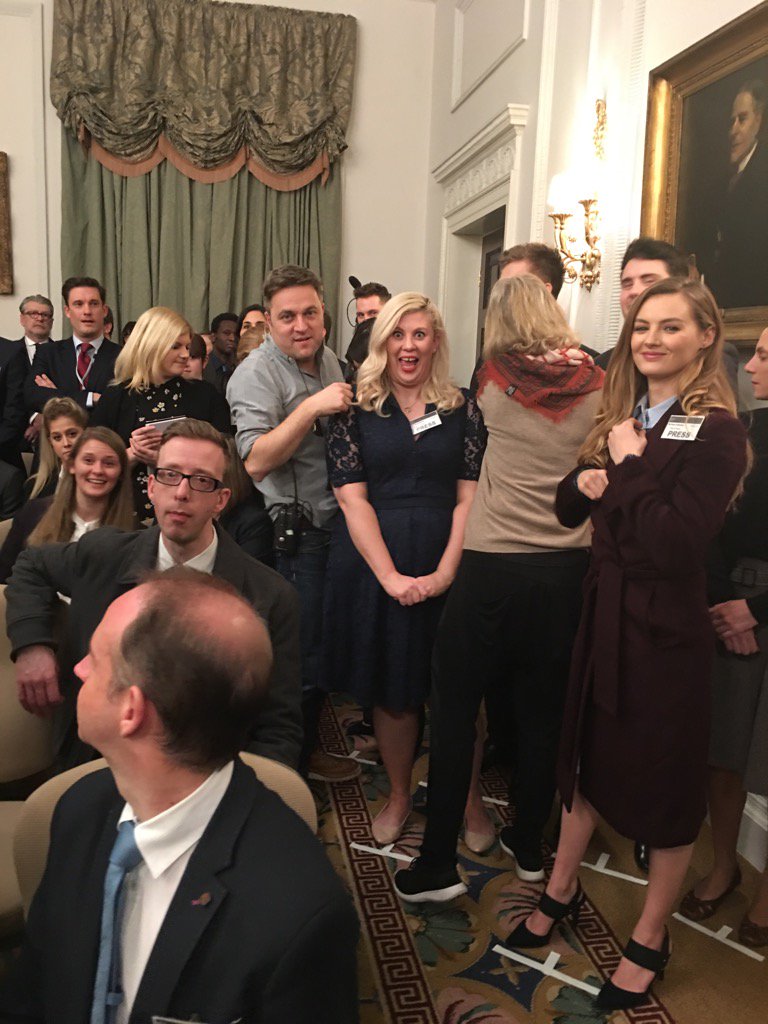 There is someone quite exciting behind the gorgeous blonde.... #rednosedayactually 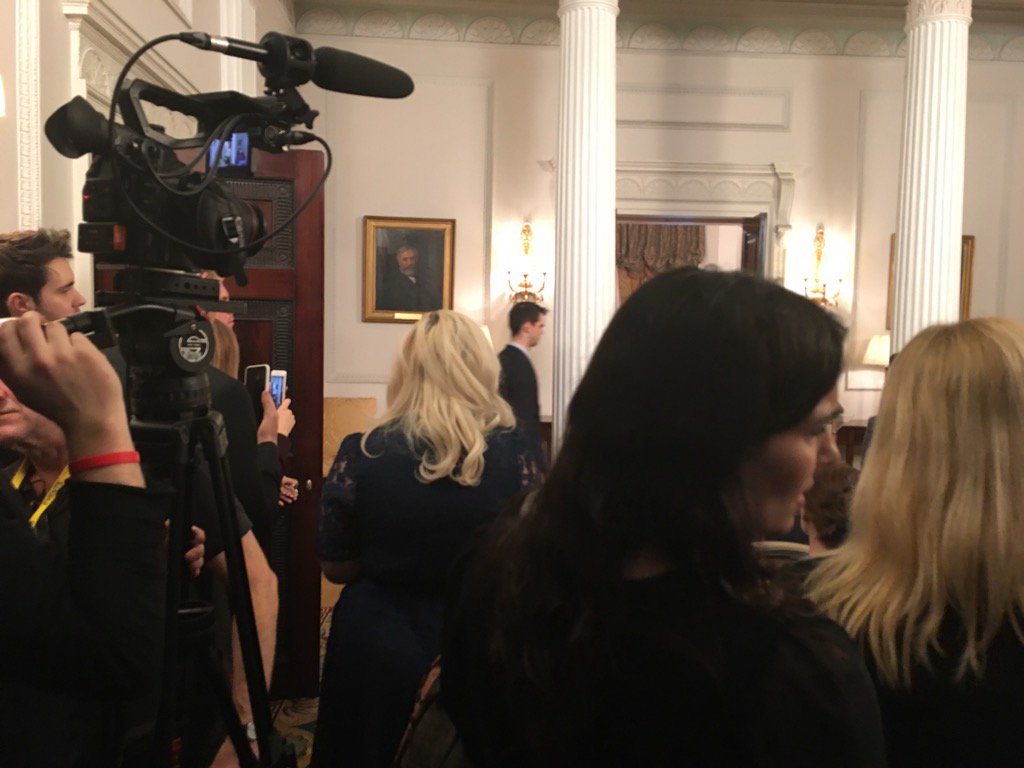 This guy is the stand in for our lead actor today.... #rednosedayactually 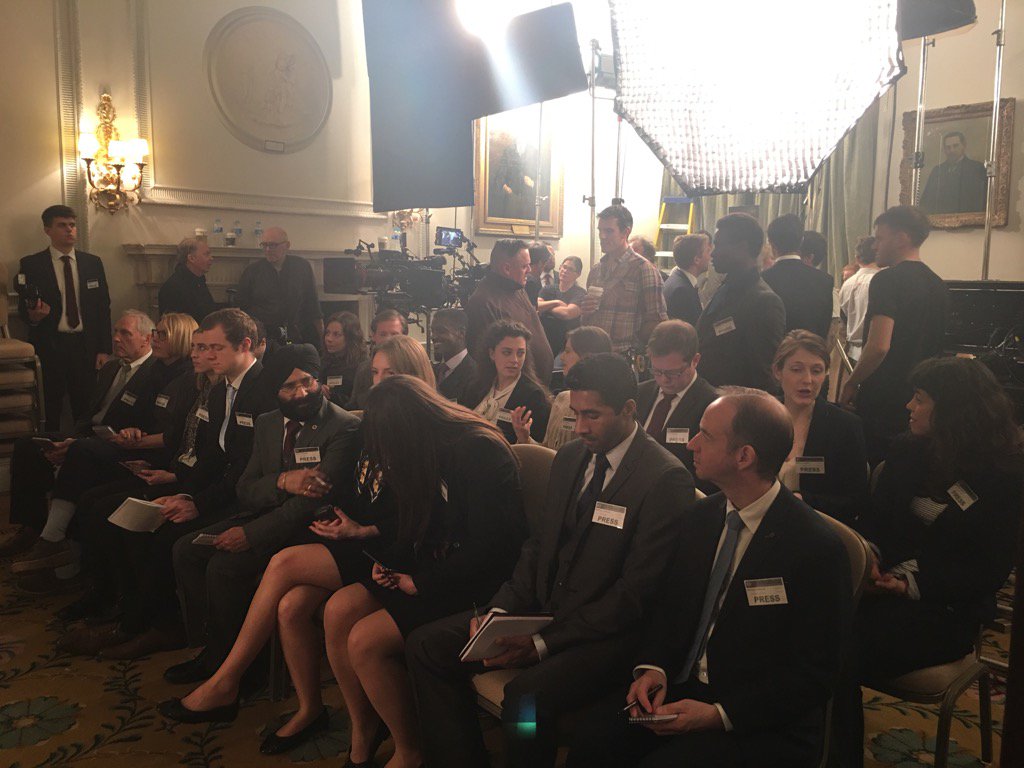 Quite a lot of supporting cast in this scene. #rednosedayactually

And then one photo from the official Red Nose Day account very much hinted that it was Hugh Grant, but since it's taken from above, it could have equally been just about any actor with immaculate hair.

Sneaky set shot - who's that then? #RedNoseDayActually

But, of course, eventually they had to give us something, and it wasn't too long before Emma officially confirmed that Hugh Grant is back on set and still in character as the Prime Minister. 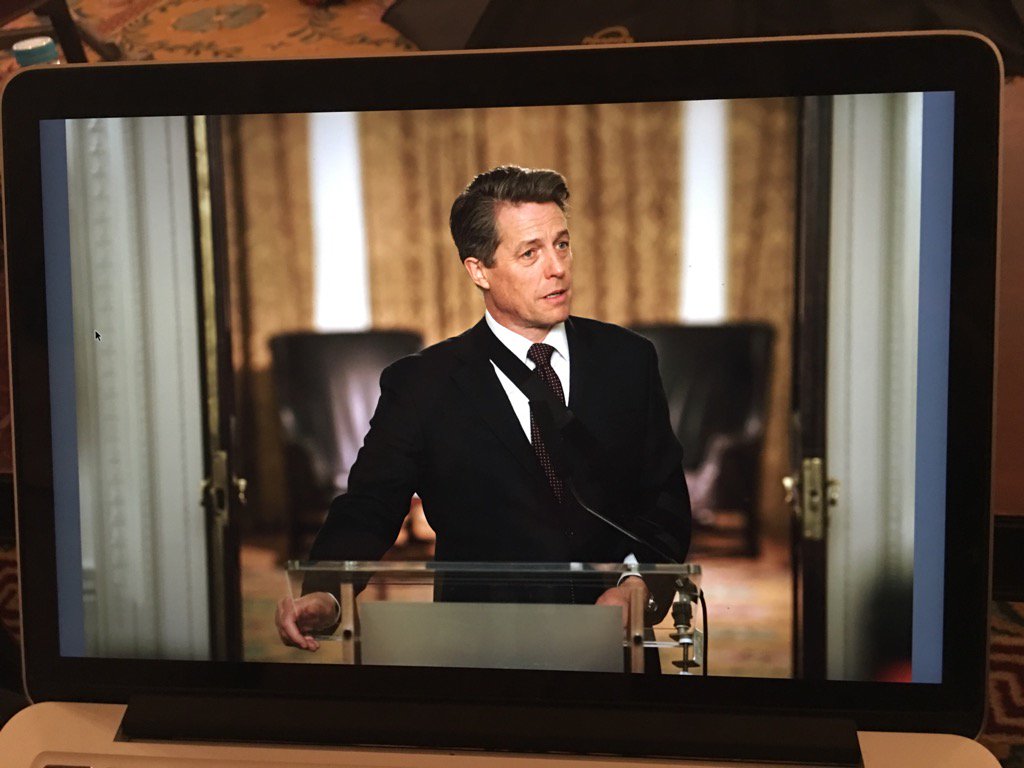 And here he is. Our Prime Minister. Again. And still hot. #rednosedayactually

And he wasn't alone on set as Emma confirmed that he's married to Martine McCutcheon's character Natalie after they got together in the first film. 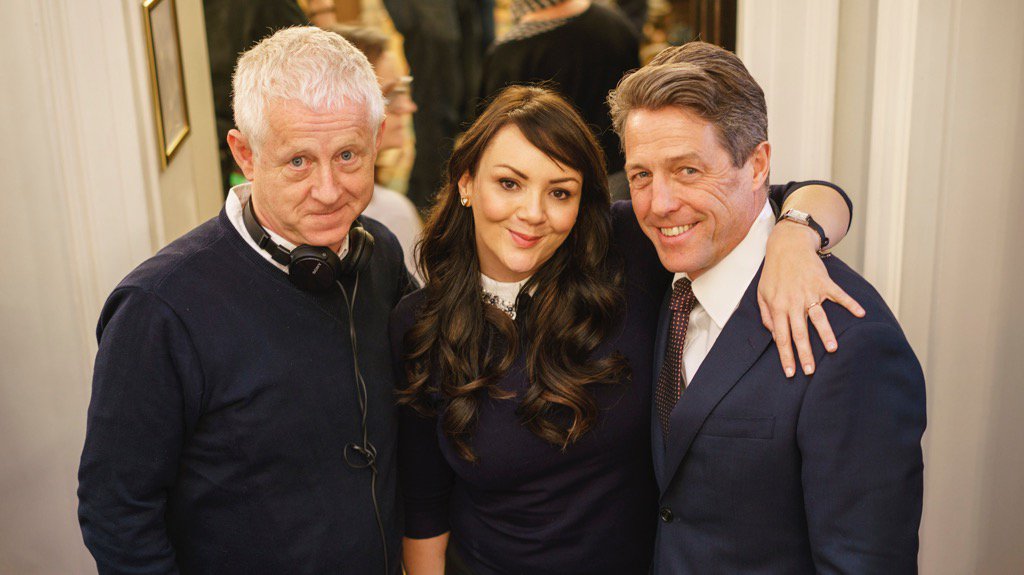 The PM, his wife and the writer who never worked out a good camera face. #rednosedayactually

Comic Relief previously gave fans a chance to win a visit to the set as Hugh filmed his final scenes on the sequel, which just so happens to be taking place in London today (March 5).

So if you're one of the lucky people to have won the set visit, do let us in on any gossip you found out.

Of course, one person not on the set today or in the sequel altogether is Emma Thompson, who said she won't be taking part as it would be "too sad" and "too soon" after the tragic death of Alan Rickman. 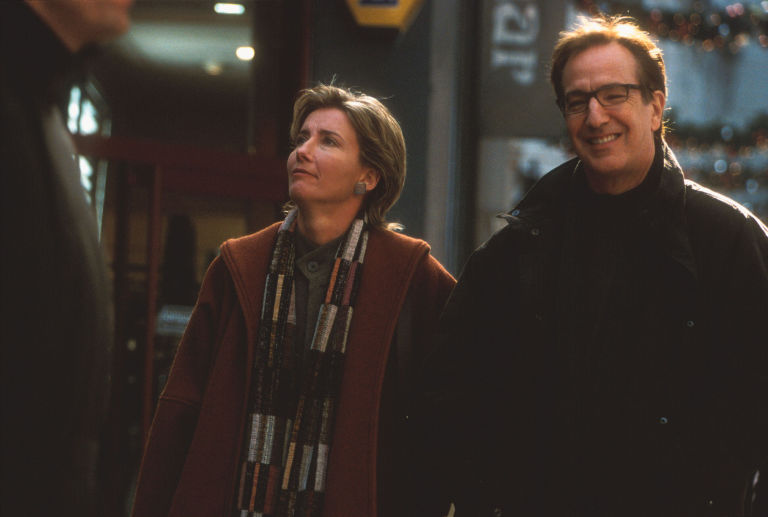 The sequel will be broadcast on BBC One on Red Nose Day - Friday, March 24.

Netflix Renews One Day at a Time ...