Home›U.K. Shows›HomeNews Darcey Bussell: Will Young’s departure from Strictly had ‘nothing to do’ with Len Goodman

HomeNews Darcey Bussell: Will Young’s departure from Strictly had ‘nothing to do’ with Len Goodman 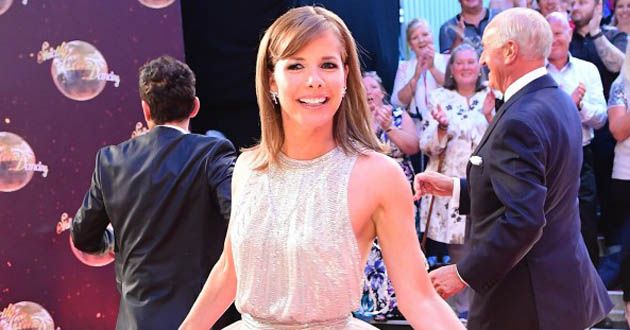 Darcey Bussell has spoken out about Will Young’s decision to quit Strictly Come Dancing, claiming it had nothing to do with his bust-up with Len Goodman.

Darcey, 47, told MailOnline that she didn’t know the details of what happened, but that it had nothing to do with Len.

She added that Will could have reached the final.

“It’s sad. Unfortunately, being a judge we are not allowed to see the rehearsals or what happened during the week so you don’t know the ins and outs and you only arrive on the day of the live show,” she said.

Darcey continued: “It’s horrifying to think that somebody who could have easily got to the final [has left]. But you know, like in anybody’s lives, you have many things that are going on and it is not to do with Len Goodman – just to make that clear.”

Len, 72, told Will to ‘turn up, keep up, shut up’ as the pair clashed over his salsa with partner Karen Clifton, 34.

After announcing his departure, Will sent a text to BBC Radio 2 Breakfast Show host Chris Evans saying he was ‘absolutely dandy’.

“I’ve done my statement and others can say what they want to say. I never read what they say anyhow.”