Isaac Mayfield’s abuse of lover Dominic Copeland came to an end on Tuesday night when his torment was finally exposed and he was sacked! As he leaves Holby, actor Marc Elliott says farewell to the hospital’s Mr Nasty…

As Isaac Mayfield is sacked from Holby City for his violence towards colleague and lover Dominic Copeland, Marc Elliott reveals we may not have seen the last of the evil registrar…

After being both mentally and physically abused by Isaac, this week Dominic (David Ames) tells him that he needs help to control his temper, but Isaac seems in total denial over his violent behaviour. Why is that?
“No one likes having a mirror held up to them and be told their behaviour is wrong so, when Dom does that, it’s not something Isaac wants to see or hear. That’s a classic trait of a sociopath – Isaac doesn’t see himself as having a problem.

“Isaac totally lacks any empathy. That’s why he’s able to be as cruel as he is to Dom without caring in the slightest because there’s no emotional attachment to Dom whatsoever. It’s all just a nasty, devious game.”

Why does Isaac react the way he does to seeing Dom’s ex Kyle on the ward with his new partner Sam, who has Crohn’s Disease?
“For Isaac, Kyle’s just another niggling interference. It’s not about jealousy with Isaac; it’s about a competitiveness and one-upmanship. This sense of history and this idea that they have a shared past together is just annoying. Anyone who’s an obstacle or who tries to protect Dom, Isaac sees as a threat. Isaac needs to isolate Dom in order to have full power over him. That’s why Isaac doesn’t like Kyle.” 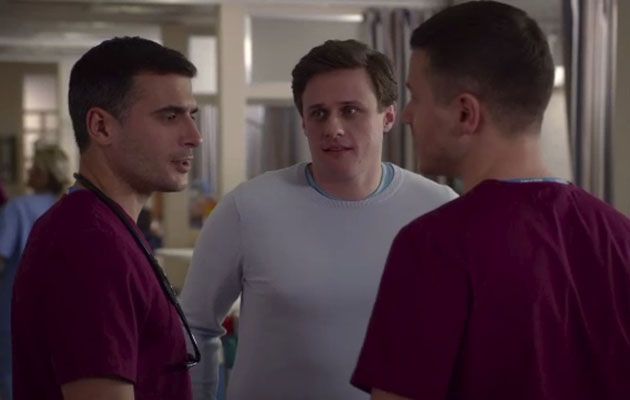 There was a shocking scene in Tuesday night’s episode where, during an argument with Isaac on the hospital stairwell, Dom tumbles down the stairs leaving him with horrific facial injuries…
“It’s quite interesting that the writers chose to make that situation not Isaac’s fault in a way. Isaac is very threatening, though. He’s intimidating and he’s walking towards Dom in a menacing way so, of course, it’s Dom’s fear of Isaac that causes him to fall… but Isaac doesn’t push him.” 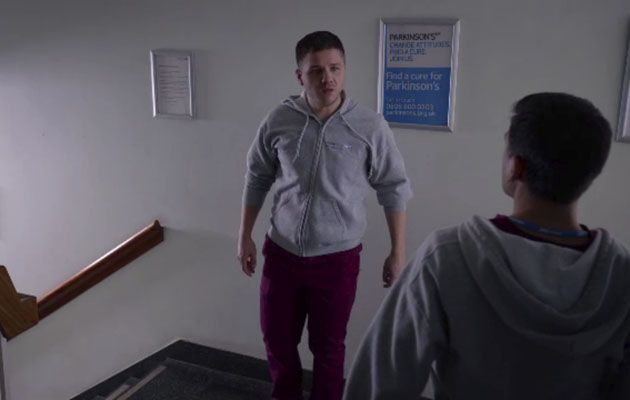 It seems that’s the final straw for Dom, who finally reports Isaac’s abuse to Hanssen, and that’s when a whole catalogue of unseen physical violence is revealed by Dom. How has it benefited the drama by not revealing all this until now?
“Well, there’s a limitation to what you can show pre-watershed, plus I don’t know how much an audience would be willing to take. There’s something so nasty about it all; I think it’s much more powerful that viewers only saw Isaac beat Dom up once, just recently, but that the full extent of his abuse is revealed now. I don’t think an audience would have wanted to watch Dom being physically abused over and over again.”

And it highlights further how, while we may not have seen it, Issac’s been physically violent towards Dom for months…
“Yeah, it’s like with Dom using the make-up to conceal his injuries in this week’s episode. That’s what’s frightening about domestic abuse – because it’s behind closed doors and because nobody sees it, nobody can help.” 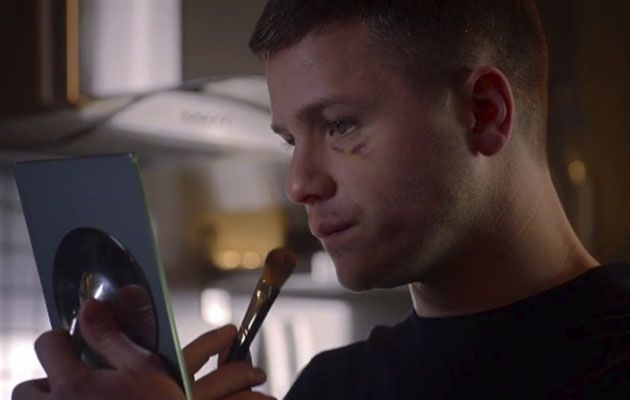 How does Isaac feel when he’s confronted right at the end by Dom, Hanssen, Zosia and Essie about what he’s been up to?
“It’s maybe mildly embarrassing but there’s nothing remotely apologetic about Isaac when he’s confronted by all those people. I think the biggest thing for Isaac is the damage that’s maybe going to be done to his career. But that’s all.”

During that scene, Dom questions whether Isaac ever really loved him. Did he?
“No! And I can say that quite easily I think. With Isaac, it’s all about receiving love, so forcing people to love him or like him because he was charisma personified. I don’t think it was ever about giving any love back. All Isaac wants to be is be the best, be loved and be adored and that’s all he wanted really from Dom. I don’t think he ever loved him.”

Isaac’s suspended from Holby with immediate effect. Is this really the last we’ve seen of him?
“Who knows? I reckon there are scores to be settled because I don’t think Isaac would take being fired and humiliated lying down. So I think the door is open – and if it’s not, I think Isaac would just kick it down!” 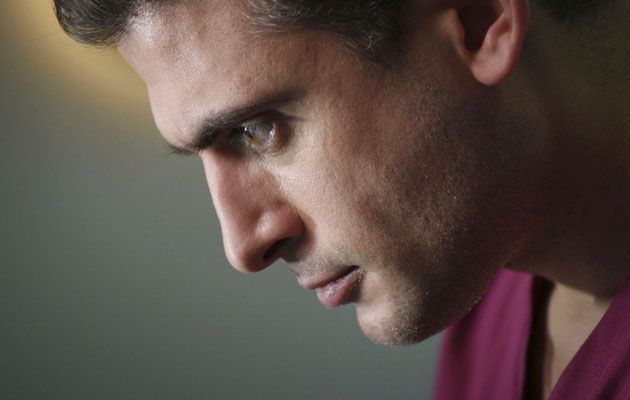 Have you relished playing a nasty character?
“Yeah, I really have. And it’s been so interesting with all the twists. I loved being able to play someone totally different and somebody whose mindset, I can assure you, is nothing like mine. I definitely have empathy, I swear!”

What has it been like working with David on the storyline?
“It’s been brilliant. And, despite it all, we have had a huge laugh. It’s been great fun but sort of draining, though I imagine much more so for him. Hopefully we’ve tackled the subject of domestic abuse really delicately and sensitively. I hope the story has a real impact because it’s an interesting and important one. And, of course, what we’ve shown is that domestic violence happens across the board and that anyone can be a victim regardless of sexuality or gender.” 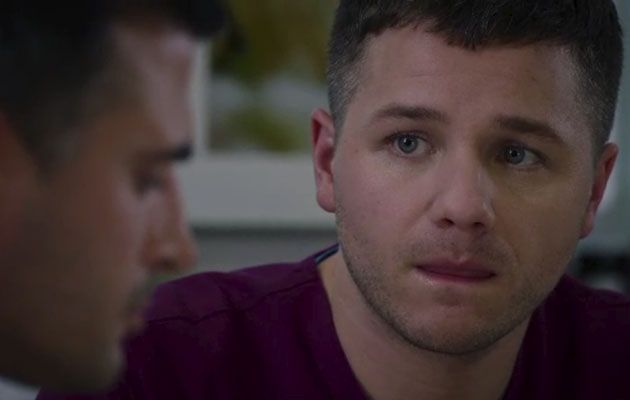 Were you prepared for the backlash from Holby fans, who understandably took a dislike to Isaac?
“Well, I’m not on social media, so David gets the support and the love and I don’t get anything. He occasionally, wind-up that he is, sends me a copy of a Tweet via text and goes: ‘They all hate you!’ And my mum relishes in telling me that all of her mates think I’m an absolute a***. But it’s all part and parcel of it, I guess.”

What’s been your highlight of your time on Holby?
“Oh, the whole thing, definitely. I had such a lovely time. I had such lovely people to work with, in terms of both cast and crew. Some really great directors and some brilliant actors.”

So, if Isaac could kick the door down, would you be keen to go back?
“Oh God, I’d never say no. I’d love to go back – but I don’t think for one second that Hanssen or Ric or anybody who’s in charge of that hospital would allow Isaac to return in a working capacity. So I think if I did go back it would definitely be to wreak revenge. But who knows?”

Read a complete episode guide to the ...