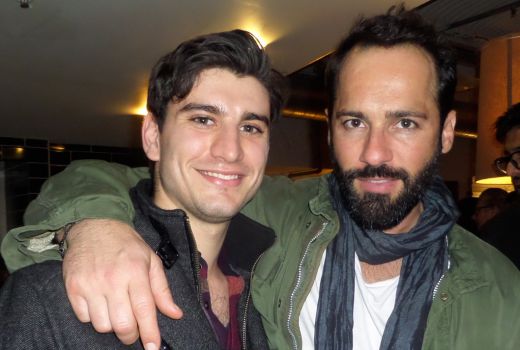 The stars of upcoming SBS drama The Principal were out in force last night for its Australian premiere at the Melbourne International Film Festival.

Two episodes screened, depicting a murder at a school in western Sydney with Stenders asking the audience to keep key spoilers to themselves. As the first local drama for SBS in three years, many commended its gritty subject, multicultural themes and fresh young talent.

The link between Heartbreak Kid (in which Dimitriades played a schoolboy) and The Principal did not go unnoticed.

“It was unreal to put a suit on and watch everyone run around in uniform,” he said after the screening.

“All the flashbacks…. it was amazing how it was so long ago, 20-something years, but it still feels so close to me.”

At post-show drinks both Heald and Collie noted the special contribution by the late SBS exec, Caterina de Nave, to whom the drama is dedicated.

The Principal will air in October.