Has TV become too food-obsessed? 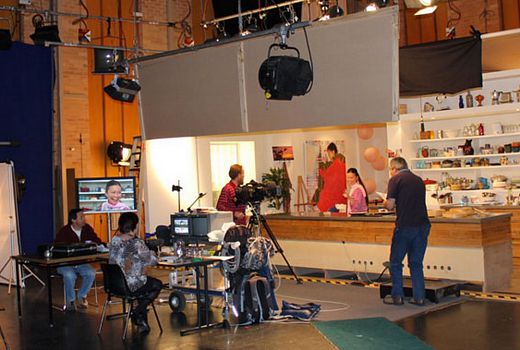 Do we blame it on the success of MasterChef? My Kitchen Rules?

Whatever the reason, our schedules are playing host to more and more food-related programmes.

Both Seven and TEN’s reality shows drew hours of viewers until late July. Nine’s Hotplate has also drawn a decent crowd, if at the expense of Seven’s Restaurant Revolution.

In recent weeks Nine has paired Hotplate episodes with food documentaries from the UK, presumably because US dramas have been unable to sustain good audiences. The Truth About Sugar, The Truth About Calories, The Truth About Fat, World’s Most Expensive Food, SuperFoods: The Real Story are all recent or upcoming primetime docos while Seven has brought back Ramsay’s Kitchen Nightmares.

In recent months SBS has aired the UK docos Fat vs Sugar, What’s the Right Diet For You? Michael Mosley: The Truth About Meat, Michael Mosley: Should I Eat Meat? Next week it has Is Sugar the New Fat?

With titles like these viewers could be forgiven for thinking they had seen any of these interchangeable productions before.

SBS of course has long featured an array of local and international food shows on Thursday nights: Luke Nguyen, Rachel Khoo, Poh Ling Yeow, Shane Delia, Heston Blumenthal, Ainsley Harriott, Peter Kuruvita, Destination Flavour are all important brands for the network. Most of these are personality-driven to great effect.

As the likes of Marco Pierre White and Matt Preston have reminded us, food is indeed a centrepiece for great occasions in our life. We gather at tables, we celebrate and ritualise with food. And -no question- we are all increasingly concerned with living more-healthy lives. But do we really need so many hours devoted to one genre when networks are fretting over viewers turning to Streaming alternatives?

Networks, of course, only respond to numbers: the viewers and the advertising dollars. If people didn’t watch this stuff, networks wouldn’t put it on.

But there are no guarantees. Restaurant Revolution reminds us the audience remains discerning.

And as the debut season of MasterChef Australia proved, there are sometimes great rewards in taking risks and thinking outside the square.

Hollyoaks: Esther and Kim have a horrific ...