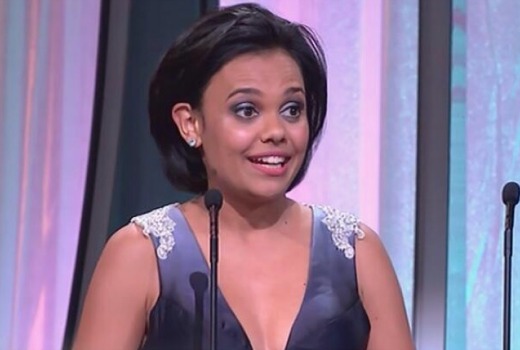 With no less than 4 categories now, the Logie Awards seems to be a bit confused about its own awards for new talent.

All but the latter will be announced ahead of the event at the nominations event on April 3rd (previously announced as March 20).

The Graham Kennedy Award for Most Outstanding Newcomer will now be awarded to an actor or actress aged 18 years or younger who had their first major role on any Australian production in 2015.

That is at odds with a statement today that “previous recipients of the award include Firass Dirani, Matt Preston, Jessica Marais, Emma Lung and Chris Lilley. In 2015, Miranda Tapsell won for her leading role in Love Child (Nine Network).”

These performers won the Graham Kennedy Award for Most Outstanding Newcomer, not a “star of tomorrow” -and were not awarded when they were under the age of 18 (they wish!).

It also means any new presenters or non-acting talent are now only eligible for the public-voted Best New Talent -all three of the jury-voted categories are reserved for actors and actresses only (it previously awarded one to Matt Preston).

Meanwhile Ashleigh Brewer and Damon Herriman, have been named as industry judges of the Graham Kennedy Breakthrough Star Of Tomorrow Award. Both have been selected following recent US successes including The Bold and the Beautiful and Flesh & Bone.

“I am so excited and really honoured to be a judge for the TV Week Logies Graham Kennedy Breakthrough Star Of Tomorrow Award,” said Brewer. “It’s so nice to see the high calibre of acting talent continuing to come out of Australia. I wish we could have awarded everyone!”

“I had a few Logie nominations and didn’t win any of them, but it’s a nice feeling to be in a position to give back and judge the new talent,” Damon Herriman added.

“I still spend half a year in Australia and like to keep my eye on who is working in our industry,” Damon adds. “There are some incredibly talented young actors that I looked at for this award. Any one of them would be deserving. So, as frustrating as it was to choose just one, it was a nice position to be spoilt for choice.”

Herriman also recalled attending the Logie Awards in the 1980s, when he starred in The Sullivans.

“Even though I was on a show, I was also a fan,” he recalls. “I couldn’t believe I was walking around that room at 12 or 13 years of age, meeting and getting autographs with all the people I loved in shows like Cop Shop and Prisoner!”

“We are proud supporters of new TV talent,” TV Week publisher Jayne Ferguson says. “For years we’ve highlighted talent that have gone on to become some of the industry’s biggest and brightest stars.

“I’d also like to thank Ashleigh and Damon for being our celebrity judges of The Graham Kennedy Breakthrough Star Of Tomorrow Award – it’s great to have them on board, as they continue to blaze a trail all over the world.”

Are You Being Served? cast revealed