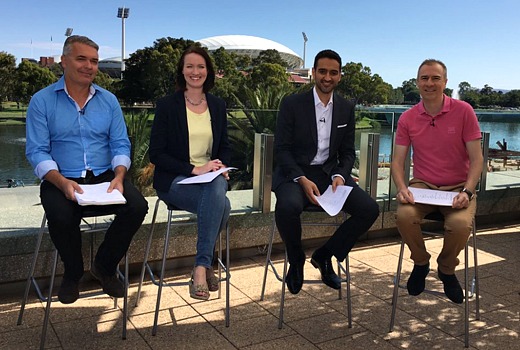 Yesterday ABC’s Offsiders had its very first outside broadcast for the Adelaide day-night cricket test.

It was was only given the final nod on Friday when production equipment and the satellite truck was freed up following the Adelaide fires. Notably, some ABC staffers had also been busy defending their homes.

Producer Kate Tozer tells TV Tonight, the event was a success for the show’s small budget show and sets a precedent for outside broadcasts in the future.

“Offsiders often falls under the radar but we’ve enjoyed ratings growth in excess of 20% over the past year and are about to celebrate our 10th season on air,” she said.