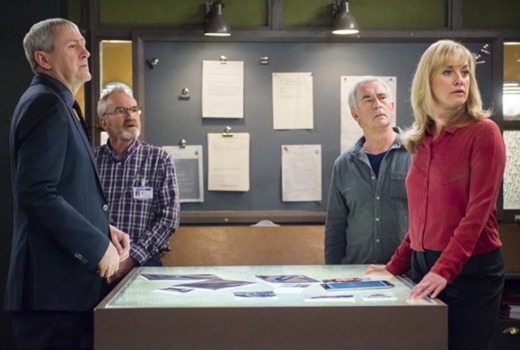 After 12 seasons, the last ever episode of New Tricks will air tonight on ABC.

Even after all this time, the show continues to be one of the top-rating shows on the broadcaster, frequently winning its timeslot. Its appeal to older viewers has made it a favourite on Saturday nights.

Since 2003 the show has undergone key cast changes including the departure of James Bolam, Alun Armstrong, Amanda Redman and more recently Dennis Waterman.

At its height in the UK it would draw some 9 million viewers.

As Radio Times notes, “It soon became the schedulers’ secret weapon. If the BBC ever needed to torpedo a new ITV drama – without sending a fresh offering of their own into battle – they would counter-schedule with a New Tricks repeat knowing their bunch of out-of-retirement coppers would nobble the ratings for them.”

But it also notes, “The tastemakers of the BBC were said to be embarrassed by a middlebrow procedural that played it safe and catered to an uncool demographic.”

In February BBC One Controller Charlotte Moore and then Controller of Drama Commissioning Ben Stephenson said: “We are incredibly proud of New Tricks and would like to thank Roy Mitchell the brilliant creator, Wall to Wall and Headstrong, and all the cast and teams involved across the 12 series. However, on BBC One it’s important to make room for new series and continue to increase the range of drama on the channel, so it won’t be returning after the next series airs this summer.”

In the ultimate series finale, UCOS is threatened with closure following their perceived mishandling of the Henway case. Their final case begins with the bloody murder of a political activist 15 years ago at The Madhouse.

What to Watch Tonight: Major Crimes, The ...

Peter Capaldi: Doctor Who in Australia “would ...