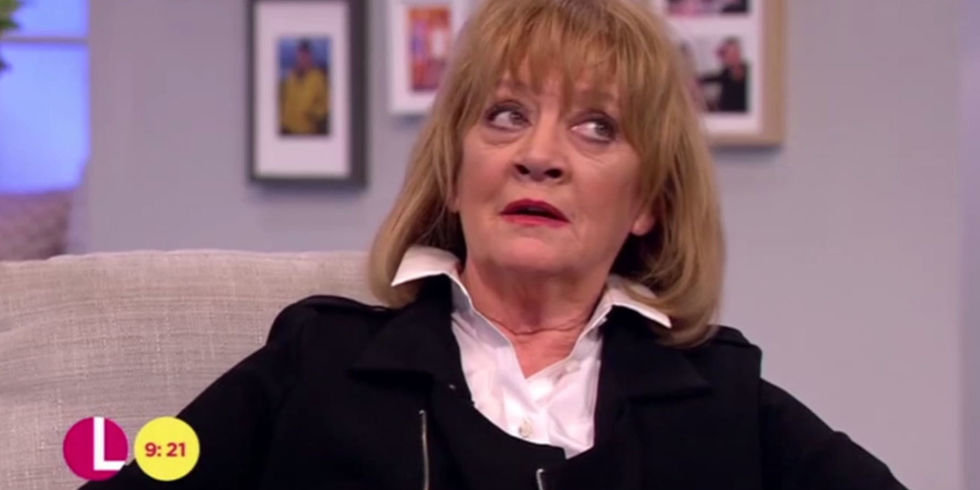 The former Coronation Street star was being interviewed on Lorraine when she inadvertently let the swear out – forcing Lorraine Kelly to make a quick apology.

©  ITV
Amanda was on the ITV daytime show to chat about the brand new series of The Real Marigold Hotel.

When conversation turned to Amanda's time in India, Lorraine was surprised to learn that the actress rode a segway around.

"Darling, I was shit hot on the segway!" Amanda replied.

Lorraine laughed the swear word off, telling viewers at home: "Sorry about that!"

And viewers watching also saw the funny side, with many tweeting that they were in hysterics.

"Watching 81 year old Amanda Barrie on [Lorraine] dropping that she was 'shit hot' on a Segway has had me [in] stitches!" wrote one Twitter user.

Watching 81 year old Amanda Barrie on @thismorning dropping that she was "shit hot" on a Segway has had me a stitches!

"Highlight of my morning," said another person. "I hope I'm as cool as her at that age!"

Amanda Barrie telling @ITVLorraine she was shit hot on a Segway was the highlight of my morning. I hope I'm as cool as her at that age!

Here are more reactions from the interview:

That was a "Sh*t hot" interview with Amanda Barrie @ITVLorraine

gotta love Amanda Barrie saying shit hot about a segway at 9:20am! What a awesome lady! Fabulous!

We hope we're as cool as you at 81 Amanda Barrie!

Amanda is known for playing Alma Sedgewick (later Alma Baldwin) on Corrie, recurring in 1981 before becoming a regular from 1988 to 2001.

Alma – who had a notable on-off relationship with Mike Baldwin (Johnny Briggs) – was killed off after being diagnosed with terminal cervical cancer in a storyline which proved to be controversial at the time.

Benedict Cumberbatch will return to BBC One ...