Home›U.K. Shows›Emmerdale crash aftershock: will Ashley be Emma’s next victim?

Emmerdale crash aftershock: will Ashley be Emma’s next victim?

U.K. Shows
by The ArchDuke 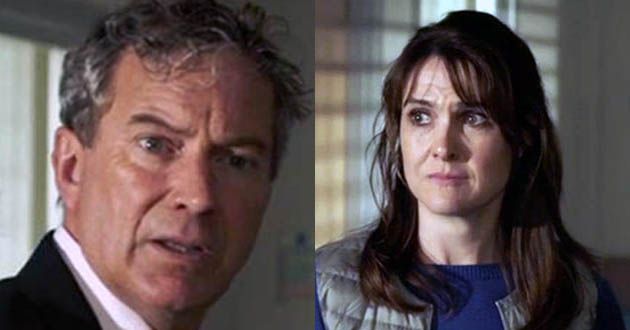 There were a lot of anxious people at the hospital in Friday night’s Emmerdale, following the horrific pile-up in one of the soap’s most dramatic and devastating episodes ever. But no one was more worried than Emma (Gillian Kearney).

James (Bill Ward) wasn’t dead at first and she was freaking out, fearing he would wake up and tell everyone what she did.

But she couldn’t bring herself to kill him in his hospital bed.

Then she realised she has another problem…

Did you see the look on her face when Ashley (John Middleton) called out to her?

She was terrified that he was going to tell her that he saw her on the footbridge, where she pushed James to his death.

It was Ashley’s car that James’ body smashed into and, just before Ashley lost consciousness, he saw Emma…

Laurel (Charlotte Bellamy) found Ashley at the hospital, safe if not well and sat with him as the police questioned him.

“The windscreen cracked,” he told the officer. “Something fell from… Was there a bridge?”

“Someone was up there,” Ashley continued.

“Can you describe them?” asked the officer.

And Ashley thought he could – but he couldn’t.

Then Ashley saw Emma at the hospital…and she saw him. 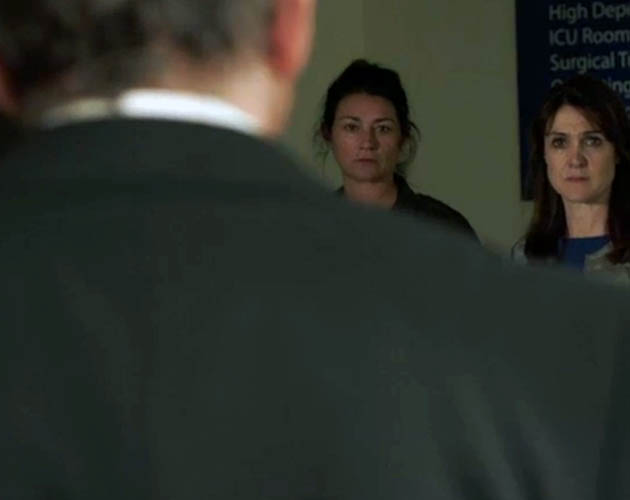 Emma froze in fear when Ashley saw her at the hospital. Will he remember what he saw?

But he didn’t say anything. He’s having flashbacks but because of his dementia his mind is too unstable to keep the memories in place long enough to say exactly what he saw.

And then James died. It was him that the villagers were mourning in those funeral shots Emmerdale teased viewers with during the week. 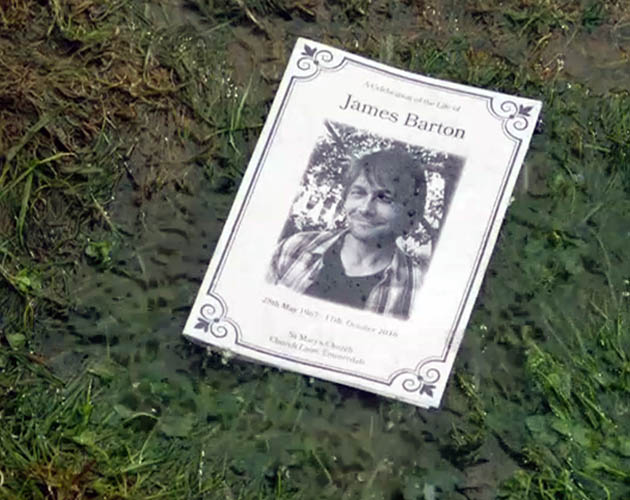 RIP James. What will happen to the Barton family now?

What if she decides she can’t risk Ashley remembering everything he saw on that footbridge and then telling someone?

We think the tension could be almost unbearable over the next few weeks and we worry that Emma will make sure Ashley has a Christmas lacking any comfort or joy – and that he doesn’t see in the New Year.