Home›U.K. Shows›Eddie The Eagle 'axed from The Jump after raising safety concerns'

Eddie The Eagle 'axed from The Jump after raising safety concerns'

Uh oh. Eddie 'The Eagle' Edwards has reportedly been axed from Channel 4's The Jump after raising safety concerns.

What would a new series of The Jump be without any drama, eh?

According to The Sun, Eddie has been given the chop by producers after previously speaking out about the number of accidents on the show. But Channel 4 has denied these reports, saying it was an "editorial decision". 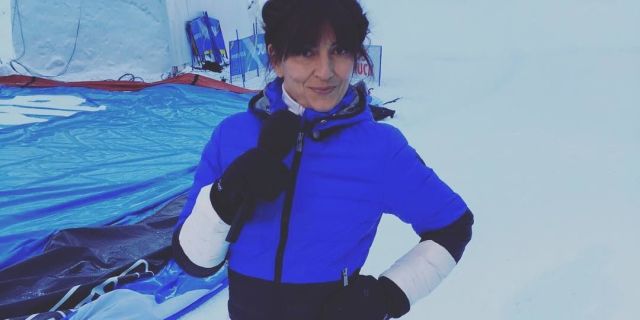 Eddie, who competed in the 1988 Winter Olympics, had been a commentator on the series since it began back in 2014.

The skiing underdog was said to have made the comments at the Cheltenham Literature Festival last year, when he admitted he was "very surprised" the show had been commissioned for another series.

"I kept telling the producers, 'It's going to get very difficult, very hairy' and they said, 'No it's all right' and they've carried on and they've had so many accidents," he said. 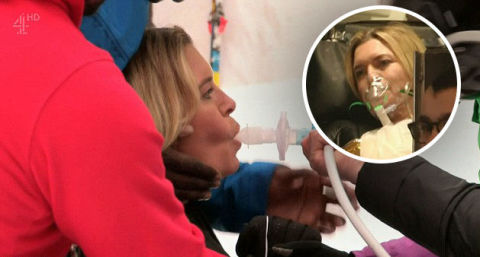 Related: Tina Hobley admits she's "still in shock" that The Jump will be returning

Channel 4 has told Digital Spy: "Eddie was on previous series as a commentator and so it is a purely editorial decision not to bring him back.

"Eddie has never been involved in any aspect of the training programme for The Jump as this is the responsibility of qualified instructors who teach the celebrities to ski jump according to modern accepted standards."

Last year The Jump undertook a safety review, with Channel 4 noting that while "all winter sports carry some element of risk", it wanted to "further reduce the prospect of accident".

Accidents aside, The Jump has still managed to cause its fair share of trouble for the celebs brave enough to take part this year.

Paralympian Kadeena Cox has had her UK Sport funding suspended while she takes part in the upcoming series due "to the nature of the activities on the show".

Olympic gold-medallist Jade Jones has also faced difficulty with GB Taekwondo, who admitted they had "reservations" about Jones taking part.

Despite the drama surrounding the series, a whole host of stars have signed up to hit the slopes, including Sir Bradley Wiggins, rugby stars Gareth Thomas and Jason Robinson and Made in Chelsea's Spencer Matthews.

TagsEddie The Eagle axed from The Jump