Home›U.K. Shows›Ed Sheeran performs 'Shape of You' on a banana with Jimmy Fallon and The Roots

We all know Ed Sheeran is a musical prodigy. He can put together a song that'll reduce your mum to tears and make a girl start planning your wedding's first dance, despite the fact you just matched on Tinder two and a half minutes ago.

But the true mark of a musical genius is their ability to create sweet, sweet musical jams with anything and everything, and the ginger crooner has done just that, as he performed his monster hit 'Shape of You' alongside Jimmy Fallon, The Roots and a banana.

Well, it wasn't just any banana, said banana had some beans in there, which Ed expertly shook while he and the gang played the song on a host of classroom instruments.

Last week, Ed performed the same song along with 'Castle on the Hill' at the BRIT Awards, and was joined by grime superstar Stormzy. The pair took part in a surprise duet which went down as one of the best shows of the evening.

Although The 1975's Matt Healy missed most of it, as he was hiding underneath a table. 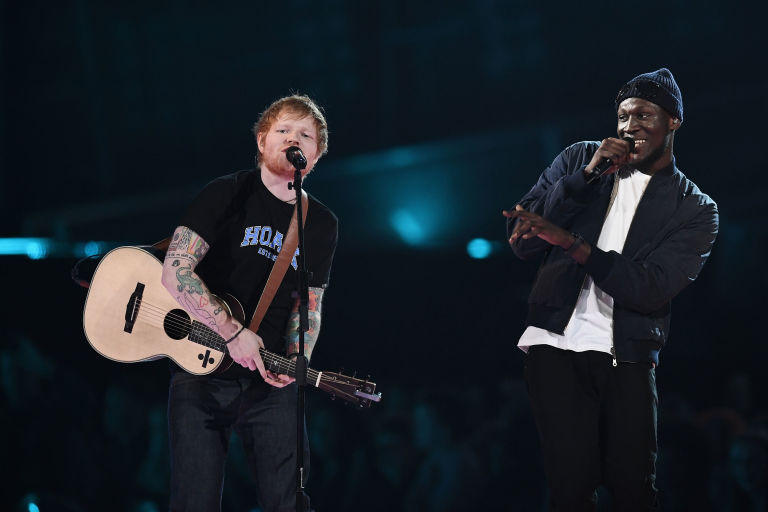 In other Sheeran news, the star had a slight run-in with Katy Perry when she swore at him during her Radio 1 interview with Nick Grimshaw, all because he'd beaten her to the top spot in the chart.

Luckily it was just an example of K-Pezza's sense of humour and not the beginnings of a new Taylor Swift-style feud.

Ed also did a recent cover of Little Mix's 'Touch', while in the Radio 1 Live Lounge, which received a rapturous review from the girls themselves. 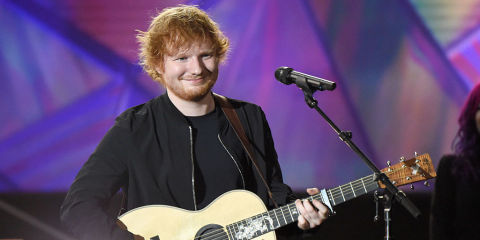 Rumours are also still wildly circulating that Ed could be taking a high billing at this year's Glastonbury Festival, as the singer has been very coy when questioned about it thus far.

In other late night host-y people news, Jimmy Kimmel - who is NOT Jimmy Fallon, we know - addressed the Oscars furore on his own show last night, as he attempted to explain the mistakes that led to La La Land mistakenly being given the Best Picture Oscar, before it was finally correctly given to Moonlight.