Home›U.K. Shows›EastEnders actor Paul Nicholas reacts to the 'Gavin is Sharon's father' reveal: "Things can only get worse"

EastEnders actor Paul Nicholas reacts to the 'Gavin is Sharon's father' reveal: "Things can only get worse"

EastEnders star Paul Nicholas has reacted to his character Gavin Sullivan's shock reveal on tonight's show (October 30), teasing that "things can only get worse".

Having trapped Kathy, Ben and himself in the Mitchells' kitchen towards the end of the hour-long episode, Gavin broke the news that he is Sharon's father by repeating Dirty Den's famous line "Hello princess". 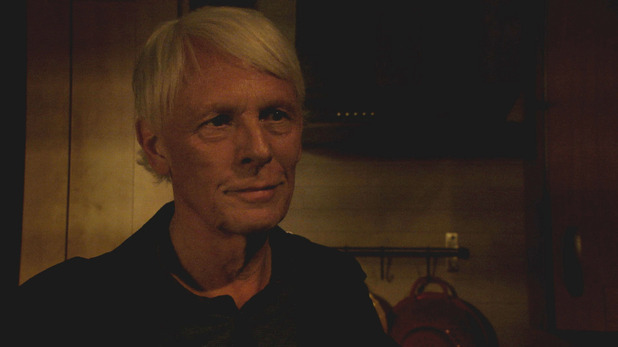 Speaking about tonight's shock twist, the actor said: "The 'Hello Princess' [line] was something that Den had used when referring to Sharon as a child and I think they wanted that link to be definite.

"That was a good way of bringing that link together: using an expression that he used when speaking to her."

He added: "The one I came up with was 'cest la vie', which I think was probably a bit posh."

Speaking about taking on the role of Gavin Sullivan, Nicholas said: "I certainly had some background as to where I'd come from; that I was Kathy's husband, that we'd been in South Africa, that we'd been part of a scam to get insurance money and stuff like that.

"Sharon was mentioned and it was kind of touched upon that I might be the father, but whether they were teasing me with it I don't know."

Discussing what he expects to happen over the next few weeks, he said: "I don't know, but I would think [that] things can only get worse."

All the latest Aussie Soap Spoilers