U.K. Shows
by Bianca Williams
EastEnders star Adam Woodyatt has praised his “miraculous” son as the pair finished the London Marathon just months after he was run over by a car.

The actor, best known for playing Ian Beale, was comfortably outpaced by his son Sam, despite him being initially left unable to walk from the collision. 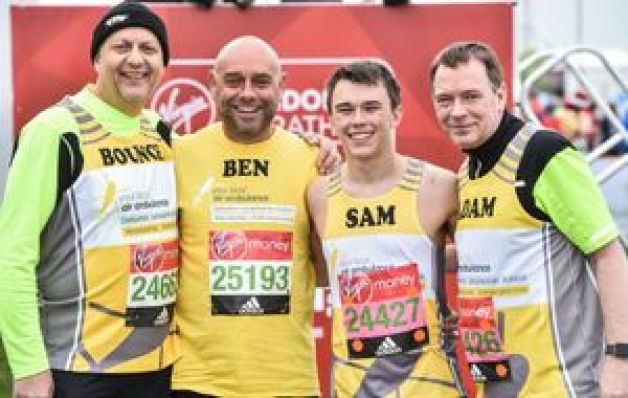 He spoke of his pride at watching the teenager undertake the challenge despite spending several days in a coma.

He told the Press Association: “He got hit by a car back in September, the London Air Ambulance came out to him and put him in an induced coma for two days, a five-hour op to rebuild his pelvis.

“It has been pretty miraculous and then he goes and runs this in four hours and 24 minutes.

“It was brilliant. I haven’t seen him yet I’m trying to find him, he’s been texting saying ‘where are you?’.”

Despite the father and son setting off together, Sam finished nearly three hours quicker with Adam getting round the course in seven hours.

But the disparity in race times was partly explained by the soap opera favourite getting distracted.

“With Sam, I had him for the first mile – gone,” Adam joked.

“Somewhere around Poplar, might have been Docklands, I don’t know, we stopped and got an ice cream.”

Together they raised around £6,500 for the Air Ambulance Service, who had come to Sam’s aid after he was hit.

“Unfortunately his knee went around 11 miles and he nearly quit around Limehouse but he didn’t, he kept going, just had to go a lot lot slower.

5 burning questions that MUST be answered ...