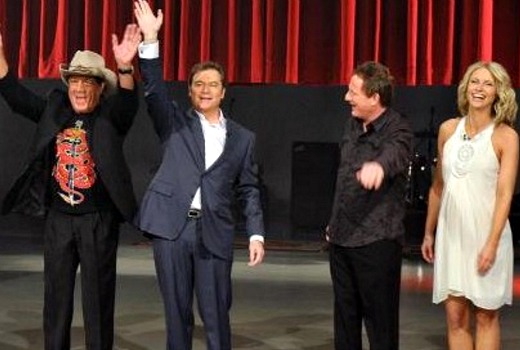 Daryl Somers has been in ‘continuing talks’ with Nine about another return for Hey Hey it’s Saturday, reports claim.

News Corp reports new host of You’re Back in the Room is still keen for Hey Hey to return, including with Molly Meldrum and Russell Gilbert -both of whom have been battling health.

“I understand Russell is feeling much better,” Somers said. “I’d love him to be part of Hey Heywhen we do it. Molly too, but that could prove more difficult.”

Russell Gilbert has been released from hospital after undergoing emergency surgery for a brain aneurysm, and is in recovery.

Meanwhile Jo Beth Taylor has been attracting new fans on TEN’s I’m a Celebrity Get Me Out of Here.

The last revival in 2010 did not sustain solid ratings, but the show is not considered to be cheap.

Somers’ new hynopsis game show is due to air in April.

Australia’s Got Talent, and the public vote ...