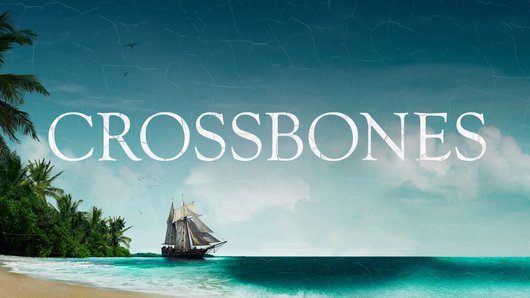 From Neil Cross, the award-winning creator of "Luther," comes "Crossbones," a compelling new one-hour drama filled with extraordinary action, adventure and intrigue - set in a world where one can never be sure just who is hero and who is villain.

It's 1729. On the secret island of Santa Compana, Edward Teach, better known as the barbarous pirate Blackbeard (Emmy winner John Malkovich, "Death of a Salesman," "Red"), reigns over a rogue nation of thieves, outlaws and miscreants. Part shantytown, part utopia, part marauder's paradise, this is a place like no other.

Blackbeard has designs on the longitude chronometer, an invention that will change the world. During a massive attack on an English vessel, his most trusted pirates attempt to steal the device. But on board is Tom Lowe (Richard Coyle, "Covert Affairs"), an English spy working undercover as ship's surgeon. Lowe's mission is to prevent the chronometer from falling into the hands of pirates - and to assassinate Blackbeard, should the opportunity arise.

Taken as prisoner to Santa Compana, Lowe must find a way to reassemble the precious chronometer, all while trying to uncover Blackbeard's master plan - a plan that includes a greater threat to the English throne than merely pirates...

"Crossbones" is produced by Parkes+MacDonald Productions in association with Universal Television.