Coleen Nolan and James Cosmo reunited for the first time since being in the Celebrity Big Brother house on Loose Women, and James was given a special surprise too.

Appearing on the panel, the Game of Thrones actor opened up about his time in the house and his relationship with series winner Coleen - recalling how "manic" the first night on the show was.

The actor was then asked how he kept his cool the whole time, answering: "Coleen helped a huge amount, and I just felt that I didn't want to pretend to be someone I wasn't."

However, when Stacey Solomon said she wanted him to dish on Coleen, James began: "Well, there's two things…

"Two things that you can't believe when Coleen says it. One is, 'I won't be drinking tonight.' The second one is, 'I'm off to bed!'" 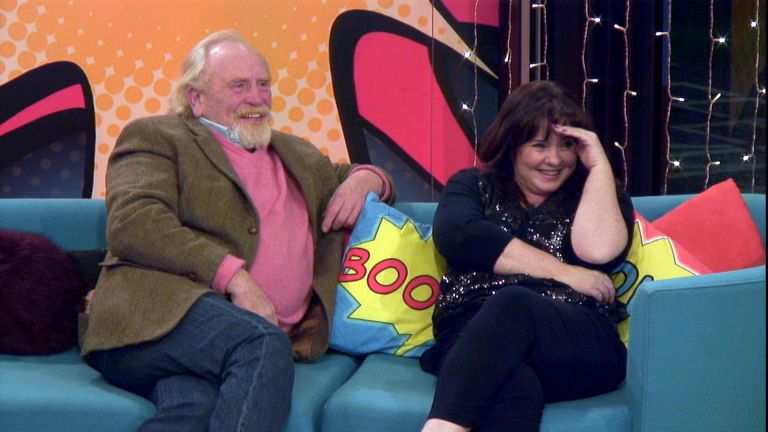 Yet the biggest moment came when it was announced they would be reuniting with another guest from the house, leading Coleen to appear to storm off the set in protest.

In the end, it was all a ruse, as she brought on Tony the Pony from one of the CBB tasks, dressed in a floral crown and dress.

Although James looked delighted to be reunited with his Shetland steed, some viewers were less impressed by the appearance:

@loosewomen this is animal cruelty. It was bad enough he was exploited on BB but now on ITV #animalabuse #animalshavefeelings#cruelty

Aww poor #TonyThePony paraded round in a ridiculous outfit on #LooseWomen in front of whooping and cheering audience. He looked terrified. 😢

Coleen went on to win CBB, while James finished in fourth place. However, it's safe to say a number of viewers were left perplexed and even angry over Coleen's surprise victory.