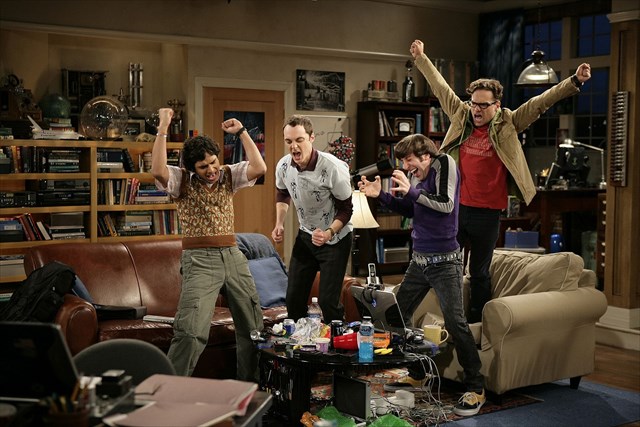 CBS, which has traditionally rolled out just about all of its fall series during premiere week, is mixing things up some this year by stretching out its launches over a six-week period.

“The addition of ‘Thursday Night Football’ provides the flexibility to strategically roll out our fall season in multiple waves, maximizing promotional platforms and scheduling opportunities to give our new and returning series the best possible launch,” Nina Tassler, chairman, CBS Entertainment, said in a statement.

The fall schedule rollout, announced Tuesday, will see the Eye net using the season finales of summer dramas “Under the Dome” and “Extant” during premiere week. The initial week of the television season (Sept. 22-28) will also include an hourlong premiere (two back-to-back original episodes) of “The Big Bang Theory” on a Monday.

The net’s fall gets underway on Sept. 11 with the premiere of “NFL Thursday Night Football,” and its first entertainment series to launch are Sunday’s newcomer “Madam Secretary” and veteran “The Good Wife.” These will bow on Sept. 21, the night before the start of the television season, meaning they likely won’t be facing the premieres of ABC’s dramas during the same hours; but because this is an NFL doubleheader day, the start times for the CBS shows will vary across the country.

“The Big Bang Theory,” which as expected will start its season on a Monday because of “Thursday Night Football,” will air an hour of originals on Sept. 22, which will be followed by the series premiere of drama “Scorpion.” This makes sense because “Scorpion,” despite being a crime drama, shares some of the nerd sensibilities of the smash sitcom.

The second-season finale of “Under the Dome” follows at 10, where its competition will include the season opener of NBC’s “The Blacklist.” “NCIS: Los Angeles,” which will be airing Mondays at 10 this fall after five seasons on Tuesdays, bows on its new night Sept. 29.

“Mom,” which will be following “The Big Bang Theory” on Mondays at the start of the season, will premiere on Sept. 29. “2 Broke Girls” will become the Monday leadoff hitter on Oct. 27.

“Survivor,” which typically opens its season a week earlier than most of the net’s entertainment series, will instead launch during premiere week (Sept. 24), followed by the two-hour season finale of Halle Berry drama “Extant.” Dramas “Criminal Minds” and the new “Stalker” premiere on Oct. 1, the second Wednesday of the TV season.

“CSI” joins the CBS Sunday lineup on Sept. 28, following the second episodes of “Madam Secretary” and “The Good Wife.”

Following the conclusion of CBS’ portion of “Thursday Night Football,” the net’s Thursday lineup — anchored by “The Big Bang Theory” and including new comedy “The McCarthys” at 9:30 p.m. — will launch on Oct. 30.