‘Burgo’ open for another spin of the Wheel 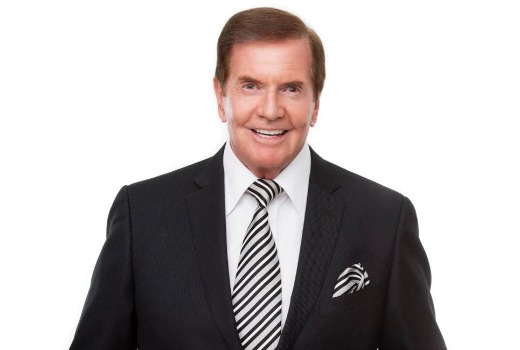 It began with Ernie Sigley in 1981 and later seasons featured Tony Barber, Rob Elliott, Steve Oemcke, Larry Emdur and Tim Campbell -but ask any Australian and they will tell you the same thing: there’s only one Wheel of Fortune host: John Burgess.

‘Baby’ John or ‘Burgo’ as he is affectionately known, hosted the Seven game show for nearly 12 years from 1984 – 1996. Nestled into the 5:30 timeslot, frequently paired with Family Feud at 5pm, it was a crucial lead-in to the all-important 6pm news.

When he was replaced in 1996 by Tony Barber, the network soon realised the mistake it had made.

“In June 1996 I got the flick from Wheel of Fortune,” he recalls. “They replaced me with Tony Barber, which didn’t work. They offered me my job back in November, but I’d already had some talks with David Leckie, who was at Nine with Kerry Packer.

“So when Seven made me a huge offer to go back, Nine matched it and got me involved with John Singleton at 2CH Breakfast. (Nine) gave me that job with nothing on the Television side untilCatchphrase popped up.

Catchphrase itself would run for 8 years on Nine, pitted against his former show, and validating his audience appeal.

In simpler times the ‘playability’ of a classic game show and the host’s genial appeal were a perfect match.

“There was only one television in the house, the kids were home from school, mum was getting dinner ready, so she sat them down to watch it. It was compulsory!” he laughs.

“Now there’s a television in every room, ipads, iphones, laptops so the viewing habits have changed a lot.

“We didn’t offend anybody, it was good clean fun and a few laughs. People like to see other people winning and think ‘I could do that!’

“It would be nothing for us to have a million people watching at 5:30. In that day and age we were getting some better figures than shows at 7:30 or 8:00, which was interesting.

“5:30 was considered afternoon not primetime so they couldn’t charge the big bucks, but they were charging plenty with Wheel of Fortune.”

Burgess was doing breakfast radio in Perth at during his long run, flying to Adelaide for records every Friday afternoon.

“We’d start taping about 7:00 Friday night, I’d have a couple of drinks after with the crew, get back to the hotel at about 2, get up at 7, back to the airport and fly back to Perth.

At one stage he was also flying to Melbourne to host OzLotto.

“I think I was the #1 domestic flyer with Qantas at one stage. It got me into the Chairman’s Lounge, which I’m still a member of!”

He is still doing breakfast radio, rising at 3am daily for 6IX Perth. 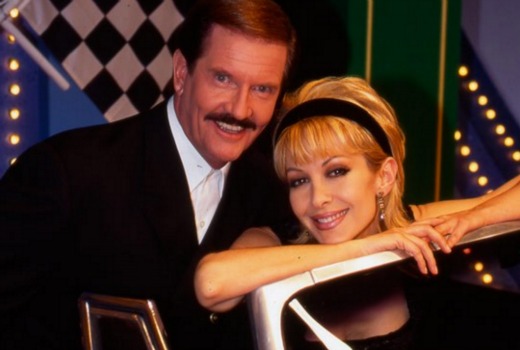 “Adriana was an absolute delight.”

Equally central to the success of the show was the chemistry with hostess Adriana Xenides who, at one stage, became the longest running Wheel hostess anywhere in the world.

“Adriana was an absolute delight. We worked together for 12 years and never had a blue, which was highly unusual in my business,” he says.

“People just gravitated to her. She had a wonderful personality and wasn’t too bad in the looks department, either.”

Shortly before she died tragically in 2010 due to ill-health, Burgess visited his friend in a Sydney hospital.

“She was in a coma. My wife seemed to think that she knew I was there, but I’m not sure,” he explains.

“We spent a couple of hours in the hospital and left, and about 30 minutes later she died. It was very sad.

“The next morning I had 136 messages on my phone, from magazines, newspapers, television, radio. She would have been chuffed, I can assure you.”

Burgess still speaks with great ownership of Wheel of Fortune, and in the cyclical game of TV, is convinced it could be taken for another spin. This week TV Tonight readers voted it the game show they would most like to see revived.

“I would like to think Wheel of Fortune at 5:30 could still drag in a big audience. It’s a game that would lend itself to being interactive. I could see it as an app where you could play along at home as it goes to air.

“It’s still going in 30 countries around the world. It’s one of the most popular game shows of all time, which Channel Nine managed to murder in about 4 weeks a few years back.”

So if a network is looking to spin the wheel one more time, ‘Burgo’ is ready to talk. On the last two occasions, he says he was overlooked for runs which proved to be short-lived.

“I was a bit disappointed,” he admits.

“They were talking to me but it went down another track. Of course I would do it again.”