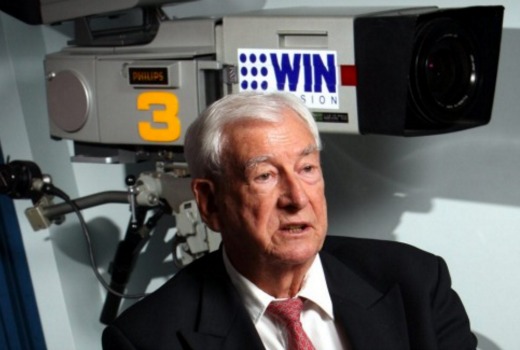 WIN billionaire Bruce Gordon has been revealed as the mystery buyer behind a recent raid on Nine Entertainment Co.’s shares, valued at $50m.

Both The Australian and the Sydney Morning Herald report the shares were part of a complex deal with Deutsche Bank to avoid breaching media ownership laws. Gordon is already at the maximum 14.99% share permitted under the Broadcast Services Act.

It is understood that Deutsche bought the shares on market as part of a derivative contract it has with Bruce Gordon. At the end of the agreement, Mr Gordon does not get the shares from Deutsche Bank, but instead receives the cash difference between where the share price was when the swap was agreed and where it is when it finished. Mr Gordon would have to buy those shares on the market.

The move underlines the view that Gordon is pursuing a merger with Nine if the federal government’s media reform package is approved. Nine Chairman Peter Costello has said he also does not support Gordon joining the board while WIN and Nine are locked in a until a court battle and affiliate talks are resolved.

A spokeswoman for the Australian Communications and Media Authority said, “The ACMA is aware of the recent ASX announcement by Bruce Gordon, Birketu Pty Ltd and WIN Corporation Pty Ltd. It is actively monitoring the situation and has no further comment to make at this stage.”

VICE: From welfare-funded to $4B valuation