Home›U.K. Shows›Broadchurch star Julie Hesmondhalgh is "fed up" of sexual violence being normalised on TV

In the final series of ITV's hit drama, the former Coronation Street star plays rape survivor Trish Winterman, and she hopes her harrowing performance will help challenge common misconceptions about violence against women.

"I know there have been massive conversations recently about the televising of it and I have got fed up of it. I am absolutely sick of – even on programmes that I love – seeing young women being chased through woods by predators," she explained.

"Seeing dead women on slabs being cut to pieces after terrible acts of violence have been enacted on them. And I think that's become so normal for us as viewers of television that we'll even happily sit and watch that with our young teenagers.

Hesmondhalgh was talking to Rape Crisis England and Wales about her role in Broadchurch and the "shockingly high" numbers of victims of sexual violence.

"The scale of sexual violence seems to me to be like an epidemic," she stated. "It affects something like 85,000 women in England and Wales and 12,000 men every year. It's like four an hour. I think everybody will be staggered by those numbers."

For the storyline, Broadchurch showrunner Chris Chibnall and script executive Sam Hoyle worked with Rape Crisis and The Survivors Trust.

And Hesmondhalgh hopes the research will be enlightening to viewers. 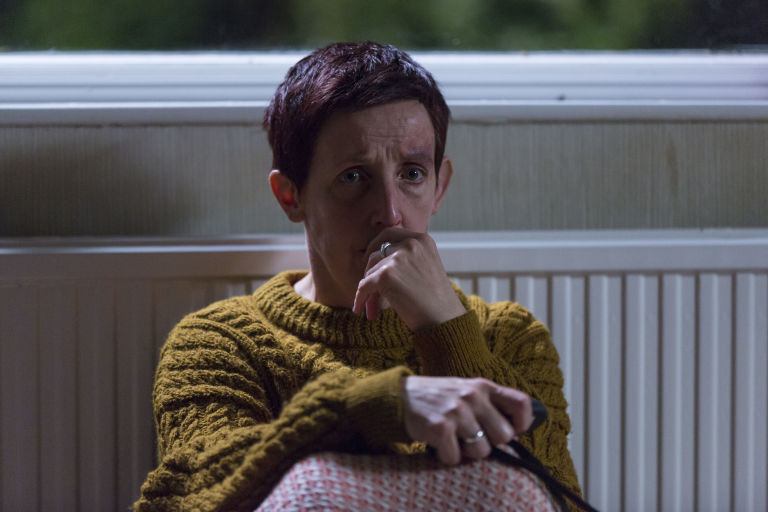 "I'm sure a lot of people still think it's a situation where you're taken in the back of a car to a cop shop with a couple of male officers, very roughly handling you and not really believing you," she outlined.

Talking to the publication Digital Spy and other press before series three premiered, Hesmondhalgh spoke previously about challenging how we think about sexual assaults with her role in Broadchurch.