Home›U.K. Shows›Britain’s Got Talent kicks off with a cheeky comedian, a dancing policeman and an impressive impressionist

Britain’s Got Talent kicks off with a cheeky comedian, a dancing policeman and an impressive impressionist

The new series of Britain’s Got Talent kicked off tonight with a cheeky comedian, a dancing policeman, an impressive impressionist, a papier mache alien, a mind-reading double act and a ‘doga’ instructor.

Eight-year-old Ned Woodham gave the judges a shock after delivering savage one-liners that had the audience in stitches.

Opening his audition, baby-faced Ned said: “I don’t know why people were so excited about that talking dog on last year’s Britain’s Got Talent – Amanda Holden’s been on it for years.”

Addressing David, the schoolboy, who has been practicing comedy for two years, said: “I was really worried for David Walliams when he swam in the River Thames for charity, because of all that garbage going in his mouth.

“But since I’ve been watching BGT, I’m relieved it’s all coming out again.”

Impressionist Jessica Robinson had the audience in stitches after impersonating a string of celebrities including Shirley Bassey, Julie Andrews, Cheryl Cole and Sharon Osbourne.

The 33-year-old performer received a standing ovation from the audience and three of the judges, sailing through to the next round.

Jessica wowed the audience and judges with her impressions

Simon Cowell was left speechless after mind-reading double act DNA pulled him up on stage and read his thoughts.

The Missing People choir, a group made up of people whose loved ones are missing, gave an emotional performance, leaving some members of the audience in tears.

All four judges gave the choir a standing ovation at the end of the performance, and all judges agreed to put the choir through to the next round. 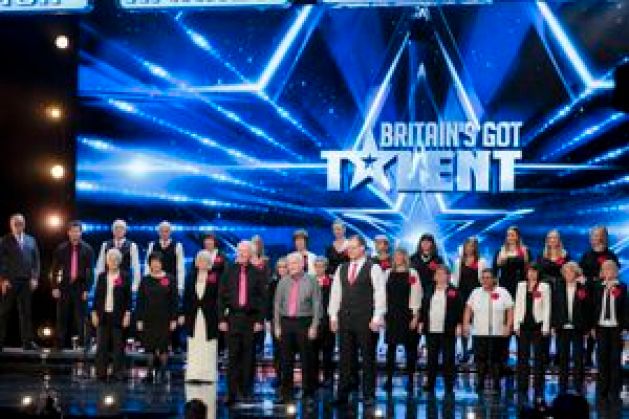 Other highlights included ‘doga’ instructor Mahny, who showed off her yoga techniques with pet dog Robbie.

The Britain’s Got Talent judges took their dogs on stage to learn some relaxation tips from Mahny and Robbie, but David was left with wet shoes when one of the dogs decided to use them as a toilet. Mahny received three yes votes from the judges, sending her through to the next round.

Fifteen-year-old singer Sarah Ikumu blew the audience and judges away with her rendition of Dreamgirls soundtrack And I Am Telling You.

Simon was so impressed that he pressed the gold buzzer, a new addition to the show which immediately sends contestants through to the next round.

Britain’s Got Talent continues next Saturday on ITV1.

Trouble brewing in EastEnders as Sonia is ...