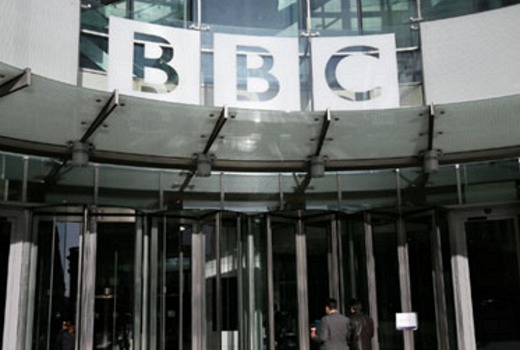 The six part psychological thriller about a woman who learns the truth of her parents’ identity -and herself- following her mother’s death.

“Requiem is the show I’ve always wanted to make. To be making it with the team at New Pictures, and for the BBC, a network that I so greatly admire, really is a dream come true,” he said.

It is one of several new dramas announced last week by the BBC.

Polly Hill, Controller of BBC Drama Commissioning, said, “I’m proud to announce this range of over 35 hours of new drama and to continue the BBC’s commitment to backing original, ambitious drama.

“I want the BBC to be the best creative home for writers and it’s exciting to bring audiences new shows from Mike Bartlett, Jimmy McGovern, Jo Ahearne and Hugo Blick; plus have Kenneth Lonnergan, Connor McPherson and Kris Mrksa all writing their first dramas for us. They include state of the nation drama about contemporary Britain, to crime series that offer a fresh take on a much loved genre.”

Howards End
4 x 60 drama produced by Playground in association with City Entertainment and KippSterEntertainment for BBC One.
Written by Pulitzer Prize and Academy Award-nominated screenwriter and playwright Kenneth Lonergan (You Can Count on Me, Gangs of New York, This is Our Youth, Margaret) and based on the classic E.M. Forster novel originally published in 1910, this four-part miniseries explores the changing landscape of social and class divisions inturn of the century England through the prism of three families: the intellectual and idealistic Schlegels, the wealthy Wilcoxes from the world of business, and the working class Basts.

Howards End is slated to start production in summer of next year.

Kenneth Lonergan says, “I’m very proud to have been entrusted with this adaptation of Howards End for the BBC. The book belongs to millions of readers past and present; I only have the nerve to take it on at all because of the bottomless wealth and availability of its ideas, the richness of its characters and the imperishable strain of humanity running through every scene. The blissfully expansive mini-series format makes it possible to mine these materials with a freedom and fidelity that would be otherwise impossible. It’s a humbling and thrilling creative venture transporting the Schlegels, Wilcoxes and Bastsfrom the page to the screen. I hope audiences will enjoy spending time with them as much as I do.”

Colin Callender says: “At a time when there is a raging debate about the BBC license fee it is worth reminding ourselves that it is because this great institution is funded by license fee rather than advertising or subscription that it is able to bring to the British audience dramas that no one else in the UK would produce. The boldness of commissioning a playwright like Ken Lonergan to adapt this great literary classic and make it accessible and relevant to a modern audience is a testament to the BBC’s crucial and unique role in the broadcast landscape worldwide.”

It is executive produced by Playground, City Entertainment, KippSter Entertainment, and the BBC. Rights to use the original novel as source material for the miniseries were acquired from Jonathan Sissons at Peters, Fraser & Dunlop, on behalf of the Forster Estate.

Press
6 X 60
Press is set in the world of newspapers – its past riven by hacking scandals, its present at the mercy of the digital age and the 24 hour news cycle, its future uncertain.
Press is written by Mike Bartlett, creator of Doctor Foster and winner of two 2015 Olivier Awards for different plays, including the critically acclaimed King Charles III. Press will be produced by three-time BAFTA winner Nigel Stafford-Clark.
Writer Mike Bartlett says: “From exposing political corruption to splashing on celebrity scandal, editors and journalists have enormous influence over us, yet recent events have shown there’s high-stakes and life-changing drama going on in the news organisations themselves. I’m hugely excited to be working with the BBC to make Press, a behind-the-scenes story about a group of diverse and troubled people who shape the stories and headlines we read every day.”
Press is made by BBC Cymru Wales in association with Deep Indigo and Lookout Point for BBC One.

Broken
6 X 60
Written by Jimmy McGovern and made by LA Productions for BBC One.
Jimmy McGovern and Colin McKeown, LA Productions say; “We are both proud and privileged to be producing this new 6 part Primetime Drama Series for the BBC written by Jimmy McGovern from our home city of Liverpool. BBC is also the rightful home for this State of the Nation Piece. It plots the perspective of a local catholic priest Father Michael Kerrigan and that of his congregation and their struggle with both Catholicism and contemporary Britain”.
The series will be produced by Colin McKeown and Donna Molloy for LA Productions. Executive produced by Polly Hill for the BBC.

The Replacement
3 X 60
The Replacement, a psychological thriller for BBC One, written and directed by Joe Ahearne, made by Left Bank Pictures.

When Ellen, a successful architect in her mid-thirties, falls pregnant, she finds maternity cover in Paula: brilliant, enthusiastic and raring to go. Ellen wants to champion her, but something’s not right. Ellen begins to fear for her safety when she suspects her maternity cover has a disturbing agenda. Can her suspicions be explained away as female rivalry and her own insecurity of opting out of work at the top of her game… or do they speak to something deeper?

This chilling mini-series examines the darker side of working women, motherhood and the issues that arise from making “the right choice”.

The Replacement is to be produced by Nicole Cauverien and executive produced by Andy Harries and Suzanne Mackie for Left Bank Pictures and Polly Hill for BBC One. It will be filming in early summer 2016 in Scotland.

Requiem
6 X 60
Made by New Pictures (The Missing, Indian Summers) and written & created by Kris Mrksa (The Slap, Underbelly.)

What if your parent died and you suddenly discovered that everything they’d said about themselves, and about you, was untrue? Requiem is part psychological thriller – the story of a young woman, who, in the wake of her mother’s death, sets out to learn the truth about herself, even to the point of unravelling her own identity. But it is also a subtle tale of the supernatural that avoids giving easy answers, playing instead on uncertainty, mystery and ambiguity.

Willow Grylls and Charlie Pattinson, Executive Producers for New Pictures, say: “We are delighted to be given the opportunity to work with the brilliant writer Kris Mrska on this bold and distinctive series for BBC One.”

Executive produced by Willow Grylls, Elaine Pyke and Charlie Pattinson for New Pictures and Polly Hill for BBC One.

Woman in White
4 X 60
Made by Origin Pictures with BBC NI Drama for BBC One.
When Walter Hartright encounters a ghostly woman dressed all in white on a moonlit road, he soon finds himself drawn into a mysterious and disturbing world. Romance, suspense, and danger combine as secrets come to the fore in Wilkie Collins’s haunting tale of insanity and identity – viewed by many as the first detective novel, The Woman In White will take viewers on a thrilling ride down the paths and corridors of English country houses and, ultimately, into the depths of the Victorian madhouse. An Origin Pictures production with BBC Northern Ireland.

David Thompson and Ed Rubin, Origin Pictures say: “We are so excited to be bringing a bold new version of Wilkie Collins’ beloved Gothic classic to the screen. His gift for gripping, atmospheric storytelling is as thrilling for contemporary readers as it was for Victorians, and Fiona’s unique take really brings out the intense psychological drama that has captivated so many over the years.”

Executive produced by David Thompson and Ed Rubin for Origin Pictures and Stephen Wright, Head of BBC NI Drama for BBC One.

Writer and creator Hugo Blick says: “Black Earth Rising is a long form thriller which, through the prism of a black Anglo-American family, examines the West’s relationship with contemporary Africa by exploring issues of justice, guilt, and self-determination.”

Drama Republic Managing Director Greg Brenman (The Honourable Woman, Doctor Foster) says: “We are honoured and excited to be teaming up with Hugo once more. Black Earth Rising is ambitious, thought provoking and searingly relevant; the hallmarks that are fast-defining the extraordinarily unique talent that is Hugo Blick.”

The series is executive produced by Greg Brenman for Drama Republic and Hugo Blick for
Eight Rooks Production, and Polly Hill for the BBC.

Paula, written by Conor McPherson, is a 3×60’ serial, a revenge drama about a brief encounter that ends in violence. Made by BBC NI Drama with Cuba Pictures for BBC Two.

In his first original television series, Paula is Conor’s unique twist on a crime and relationship drama, where a man and a woman get locked into a battle driven by vengeance.

Writer Conor McPherson says: “I’m delighted to be working with the BBC on this exciting three-part story, and really looking forward to bringing it to audiences very soon.”

Nick Marston, CEO Cuba Pictures adds: “We are delighted to be making this compelling and visceral thriller. Conor is an extraordinary writer and it is really exciting that he wants to create an original series for television. It is great to be working with the BBC on this, as they are the perfect partners for this piece.”

Piers Morgan gets a rollicking from Susanna ...