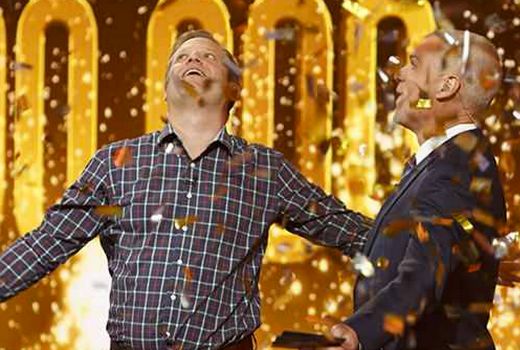 Seven has conceded the end for Million Dollar Minute, to be replaced by The Chase with Andrew O’Keefe.

It will also hold off a promised second season of House Rules in 2015 after a glut of renovation shows this year.

“We’ve got a (House Rules) series there but I don’t think the genre matching that has occurred this year has helped anyone,” programmer Angus Ross tells News Corp.

Until now Seven has dodged TV Tonight‘s questions on the future of Million Dollar Minute, but it now confirms the show will be discontinued.

“I always want shows to win their timeslot … and it hasn’t done that unfortunately (so) we need to rectify that,” he says.

“We believe there is a demand for entertainment in that hour. The Chase is really good fun and great to play along with.”

But networks have traditionally featured half hour game shows in the 5 – 6 timeslot, and it will be fascinating to see if Seven can get the jump on Nine’s Hot Seat in the game show wars.

“We are about to unleash hell in the final quarter,” he said.