Australian Survey finds “TV has never been this good” 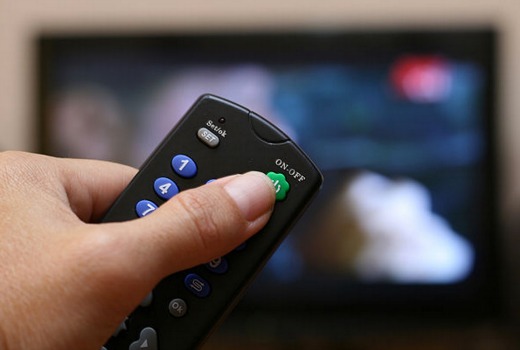 Compared to the rest of the world, Australian TV viewers consider Word of Mouth a better way to discover new shows than channel surfing.

We also watch full length shows on DVR / PVRs, Video on Demand and Torrent sites more than other countries.

For Kids, viewing content on Tablets is higher than in other countries.

But we’re all agreed: TV has never been this good -and it’s hard to keep up.

These are the results of the TV Re[Defined] survey, conducted by Viacom International Media Networks (Nickelodeon channels).

“In a short span of time, content has become available anytime and anywhere, opening up endless opportunities for viewing. Both rapidly and radically, we have seen TV redefined. In the midst of all this change, TV Re[Defined] shows that– more television is being consumed now than ever before. What is needed is a redefinition of our understanding of television,” said Christian Kurz, VP Research, Insights and Reporting, VIMN.

Australia vs Global Statistics
Australians love TV and are social and tech savvy consumers of television content.
The majority of respondents agree “TV has never been this good.”
Global: 63%
Australia: 68%

The majority of respondents agree “There are so many great TV shows coming out, it’s difficult to keep up with them.”
Global: 72%
Australia: 72%
Kids Global: 77%
Kids AU: 72%

Linear TV is the “go-to” source and it remains the reference to discover and watch TV programs
Start sessions with linear TV (inc DVR)
Global: 69% / Australia: 64%

The majority of respondents agree “I enjoy watching regular TV because I don’t have to think too hard about what to watch, I just come across great shows on channels I love.”
Global: 70% / Australia: 73%
    
Television has become THE go-to conversation topic.
3 in 5 Australian children are talking about TV more than they did a few years ago; internationally, 4 in 5 are likely to agree with this statement.
Kids are also talking about TV shows they love more often that a few years ago.
Kids Global: 82%
Kids AU: 72% (second lowest country)

Globally, channel surfing is the #1 method for discovering new TV shows.
However in Australia, word-of-mouth is the most likely method for both kids 6 – 12 and viewers 6 – 34.

Kids know on which source they can find the TV shows they want to watch.
Kids Global: 89%
Kids AU: 87%