Home›U.K. Shows›Ant and Dec head to Disney: ‘We’re hoping to nip round and have a go on a few rides!’

Ant and Dec head to Disney: ‘We’re hoping to nip round and have a go on a few rides!’

Ant and Dec reveal how they'll be going out with a bang as the finale of Saturday Night Takeaway comes live from the Walt Disney World Resort in Orlando, Florida…

It seems everything that Ant & Dec touch turns to gold. And that can easily be said about the current series of Saturday Night Takeaway, which has been pulling in upwards of seven million viewers each week.

As the fun and games comes to an end for another year – sob! – the Geordie duo once again have something special planned for the finale. Last year, they brought us singing, dancing and all-round razzmatazz live from on board the MV Britannia cruise ship in Barcelona.

This time round, they’re really bringing out the big guns and, in a British TV first, the finale of Saturday Night Takeaway comes LIVE from Walt Disney World Resort in Orlando, Florida!

“Every year, since we relaunched Takeaway, we’ve done a series-long giveaway and each year it’s got bigger and bigger,” said Dec. “Last series, we took the final show overseas for the first time ever and broadcast live from a cruise ship in Barcelona. So, for this series, we thought, what next?

“Walt Disney World is the ultimate holiday destination, so it felt like the perfect fit,” he added. “And that’s where the idea came about to collaborate with Disney and be the first British TV show to broadcast an entire finale live from Disney’s Magic Kingdom.”

Before they head off to the land of Mickey Mouse and Pixie Dust, TV Times caught up with the boys to find out what surprises are in store for Saturday Night Takeaway’s big finale…

This is a once-in-a-lifetime trip for fans of Saturday Night Takeaway, who’ve won the chance to join you in Disney World. What exactly is the prize on offer?
Ant: “The trip starts with a visit to Virgin Holidays’ V-Room lounge at Gatwick Airport for a special cocktail party. Then, all our winners will fly on a specially chartered Virgin Atlantic plane. They will get tickets to ALL six Disney Parks for the entire stay, accommodation and a massive US$2,500 Disney gift card to spend on dining, shopping and entertainment. And of course best of all, they will get to be our guests at the Takeaway finale live from Magic Kingdom!” 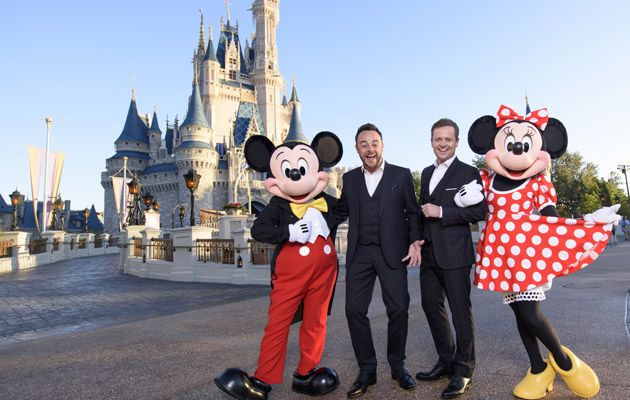 We’ve enjoyed seeing you on the show each week giving away ‘places on the plane’ to members of the studio audience as well as viewers at home. What’s that been like for you?

Dec: “Giving away places to Florida has been fantastic. Seeing the looks on the children’s faces who have won has been so lovely.”

So, how excited are you about going to Disney World? Can you talk us through what viewers can expect from the finale?
Dec: “We still want it to feel like an episode of Takeaway, so absolutely there will be surprises in store. But, of course, we also want to celebrate the fact that we are at Disney, so we’re starting with a big number and finishing with a big number!”
Ant: “We have a few special items up our sleeves and an ‘End Of The Show’ Show that everyone will be able to sing-along to. Plus, we’ll have a few American special guests, and there will be the final episode of our drama spoof, The Missing Crown Jewels, where MaskFace will finally be revealed…” 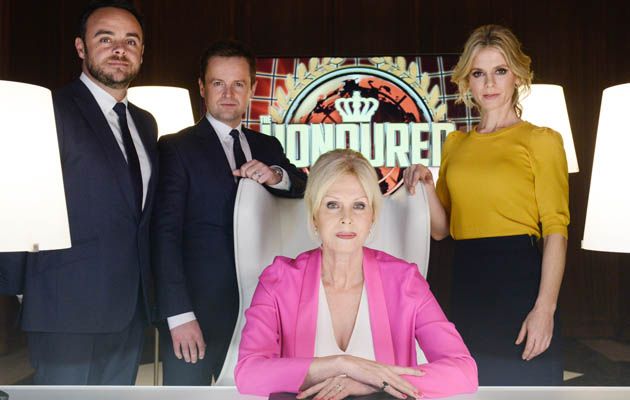 Going live from Disney World on the night, did you ever worry it was too big an idea to pull off? What are you most nervous about when it comes to the live broadcast?

Ant: “It is a huge undertaking but that’s what we aim to do with this show every year – push the boundaries of what can be done. Disney also have a fantastic team and are incredibly well-equipped and experienced at putting on big shows. It’s going to be 27degC, humid and the whole show will be outside in the daytime [the UK is five hours ahead of Orlando], so it will certainly feel very different!”

Will you get much time to go off and have fun around the various theme parks when you’re not filming? Disney World has several golf courses too – do you think you might manage to sneak a round in?
Ant: “I don’t think we’ll have much free time, but I’m hoping we can nip round and have a go on a few rides! It will be busy though.”
Dec: “We’ve heard the golf courses are really good, so we’d love to find time for that, but I’m not sure.”

What are your own personal favourite attractions at Disney World? Do you like white-knuckle rides?
Dec: “I loved the Tower of Terror as I’m a huge Twilight Zone fan.”
Ant: “Mine has got to be the Toy Story 3D game.”

How would you sum up this series of Saturday Night Takeaway? What’s been the highlight for you?
Ant: “We’ve had an amazing time. There are so many highlights and we’re so happy people have enjoyed it. I really loved filming The Missing Crown Jewels – that was a definite highlight.” 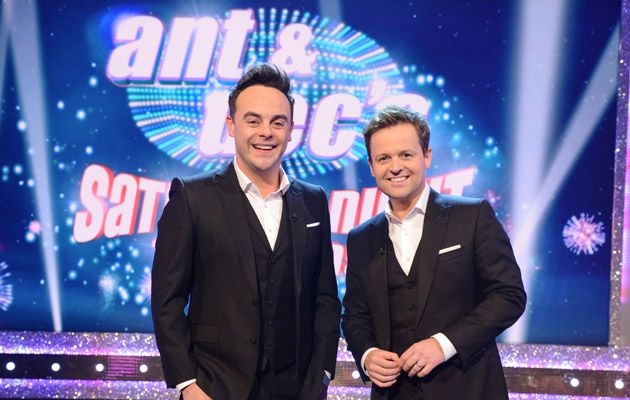 The boys are already looking ahead to next series…

It doesn’t get much bigger than filming the Takeaway finale at Disney World. How do you plan to go one better for the next series – a rocket into space, perhaps?

Dec: “We’re always working on ideas! As soon as we finish this series, we’ll have a little break and then we’ll be straight onto working on ideas for next year’s series!” 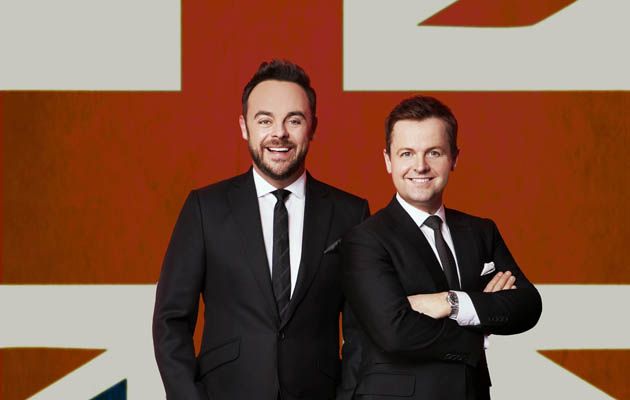 …Before that, though, they’ll be back in the wings for the 11th series of Britain’s Got Talent

It seems there’s no rest for you, though, as the 11th series of Britain’s Got Talent gets underway next week. Why do you still enjoy hosting the show?

Dec: “For us, standing in the wings on stage, you never quite know what’s going to come around the corner and what’s going to come next. There’s just never a dull moment…”
Ant: “Yeah, it’s just how eccentric all the acts are. Everyone thinks that Brits are quite mild-mannered and reserved. Believe me, from what we’ve seen, we’re absolutely not!”
Dec: “And then, of course, the acts bring their families, who are always loads of fun. Some of the stuff they come out with is just gold! That’s why we like BGT – it’s always different!”