The Strictly judges decided to send pop star Anastacia home after watching her perform in a Halloween themed dance-off against model Daisy Lowe.

Pop star Anastacia was the fifth celebrity to be sent home from this year’s Strictly Come Dancing after a Halloween inspired dance-off against model Daisy Lowe.

Anastacia and her partner Brendan Cole scored 25 points last night after performing a Jive dressed in bat costumes for the competition’s Fright Night.

The score sent the couple to the bottom of the leaderboard, and judge Darcey Bussell said the dance was “flat footed”, while Craig Revel Horwood described it as “laboured and sluggish”.

The celebrities gathered again tonight to hear which couples the public decided to save after last night’s Fright Night performances.

Judge Rinder was the first contestant to hear he had made it through to the next round, shortly followed by Greg Rutherford, Ed Balls and Claudia Fragapane.

Claudia Winkleman then announced Daisy Lowe and her dance partner Aljaz as the first couple to take part in tonight’s dance-off. 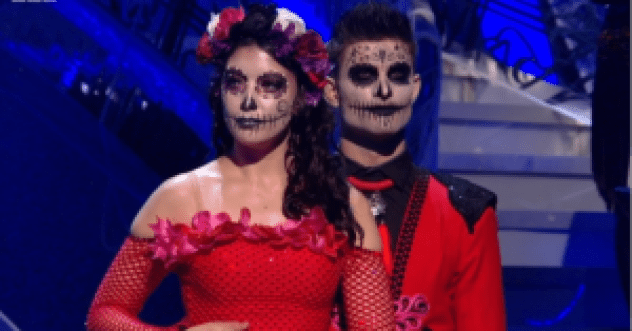 Daisy was saved last week after she received the lowest amount of public votes along with Birds of a Feather star Lesley Joseph.

Realising she would be performing in the dance-off again, Daisy said: “I’m going to give the dance more attack. I’m just going to go for it.”

Louise Redknapp was the next celebrity to be saved, shortly followed by Ore Oduba and Laura Whitmore.

It was then announced that Anastacia and Brendan would be dancing against Daisy and Aljaz, and the two couples took a word of advice from the judges before preparing to perform again.

Speaking about Daisy, judge Bruno Tonioli said: “This girl can raise the dead and I am stunned, surprised and bewildered. It was a beautiful dance. Don’t change a thing.”

Advising Anastacia, Darcey said: “Get your weight forward. It was great fun watching you.”

Anastacia and Brendan took to the dance floor first and reenacted last night’s Jive to Meatloaf’s Bat Out Of Hell. Daisy and Aljaz soon followed, performing their Mexican ‘Day of the Dead’ inspired Paso Doble to Santa Esmeralda’s version of Please Don’t Let Me Be Misunderstood. 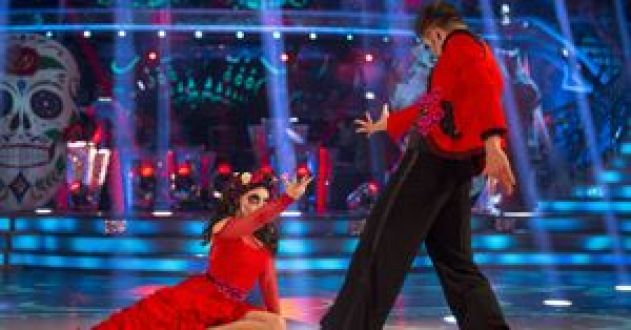 The judges simultaneously decided to save Daisy and Aljaz.

Speaking of his decision, Craig Revel Horwood said he was saving “the more powerful and better dancer of the night.”

Bruno praised both dancers for putting up a fierce fight, but said he was saving the couple that satisfied him through the power of their performance.

After the judges announced their decision, a tearful Anastacia said: “I’ve really enjoyed being here. This was a place for me to get to know my ‘female’ and this place allowed me to do that; the hair, the make-up, the production, the judges gave me great comments.

“You (Tess) and Claudia (presenter Claudia Winkleman) have been amazing, the way you run this family, this family is beautiful and you (Brendan) are amazing. Thanks for everything.”

Brendan and Anastacia then took to the  Strictly dance floor for the last time before being joined by their fellow dancers.

Strictly Come Dancing continues on Saturday at 6:55pm on BBC1.