New Shows, News, Slider
by The King Himself

Get a sneak peek at Amazon's new series lineup. Help pick the next Amazon Original Series.

Family is like a loaded gun. A corporate lapdog is forced to return home to Virginia to save his family's struggling gun business, much to the horror of his liberal family and his playboy older brother who never left. Hilarity, epic fights and meltdowns ensue in this dramedy starring Sam Trammell (True Blood), Jason Lee (My Name is Earl) and Tony-winner Brian Dennehy (Death of a Salesman).

The Man in the High Castle

Based on Philip K. Dick's award-winning novel, and executive produced by Ridley Scott (Blade Runner), The Man in the High Castle explores what it would be like if the Allied Powers had lost WWII, and Japan and Germany ruled the United States. Starring Rufus Sewell (John Adams), Luke Kleintank (Pretty Little Liars) and Alexa Davalos (Mob City).

At the start of the Civil War, a prominent Virginia family makes the controversial decision to defend the South while freeing all of their slaves, pitting the family against one another and testing their strength, courage and love. The pilot was co-written by Carlton Cuse (Lost) and Randall Wallace (Braveheart) and directed by Wallace.

A handsome, carefree yoga instructor has breezed through life, women, and jobs, but when he breaks up with his girlfriend -- who's also his partner at their successful yoga studio -- he's forced to face reality for the first time. A satirical look at LA's yoga culture that stars Josh Casaubon (I Just Want My Pants Back), Paget Brewster (Criminal Minds), and Kris Kristofferson (Lone Star).

After a decade in rehab, an abrasive former supermodel tries to recreate her success in a new world she barely recognizes, relying on the help of her browbeaten former assistant. Unfortunately her world is no longer a place where people jump at her command or care about who she was. A half-hour comedy starring Leslie Bibb (About a Boy) and Rachel Dratch (SNL). Directed by Mark Waters (Mean Girls).

When a group of underachieving 40-something friends gather in Belize to celebrate the early retirement of an old friend, a series of wild, comedic events unfold, exposing dark secrets and a web of lies, deception and murder. Starring Michael Imperioli (The Sopranos), Billy Zane (Twin Peaks), Steve Zahn (Dallas Buyers Club) and Romany Malco (Weeds). Executive produced by Shawn Ryan (The Shield).

(For preschool-aged children) - The adventures of best friends and unlikely heroes, Stinky the garbage truck and Dirty the backhoe loader, a dynamic and hilarious duo of resourcefulness that learn when things don't go as expected, asking "what if" can lead to success. Based on the books by Jim and Kate McMullan. Written and developed by Guy Toubes.

(For preschool-aged children) - An exciting whodunit that follows super-sleuth Buddy, his incredibly organized best friend Trudy, the funny furry ferret Ferdo and you, the smarty-pants viewer! You help choose and use the technologies for Buddy and his team to gather evidence, follow cues and crack the case.

Niko and the Sword of Light

(For children ages 6-11) - Ten-year-old Niko, the last of his kind in a strange world, embarks on an epic quest to bring light back to his land. Armed with his magic sword, Niko journeys to the Cursed Volcano, making new friends and powerful foes while uncovering secrets about his mysterious past. Based on the motion graphic comic by Imaginism Studios and Studio NX

(For children ages 6-11) - Table 58 is the odd table in the lunchroom, made up of kids from all different social cliques. When new kid Logan moves to town, he rallies the mismatched group together and they form an unexpected friendship. Table 58 is a single-camera live-action pilot written by May Chan (Phineas & Ferb) and directed by Gil Junger (10 Things I Hate About You, Greek).

(For children ages 6-11) - Kelly Quinn and her two BFF's, Darbie and Hannah, stumble upon her grandmother's mysterious cookbook in the attic and discover some far from ordinary recipes. When the Shut'em Up Shortcake silences Kelly's pesky little brother and the Healing Hazelnut Tart heals Darbie's ankle, the girls discover they have the power of magic. A single-camera live-action pilot based on the popular book. 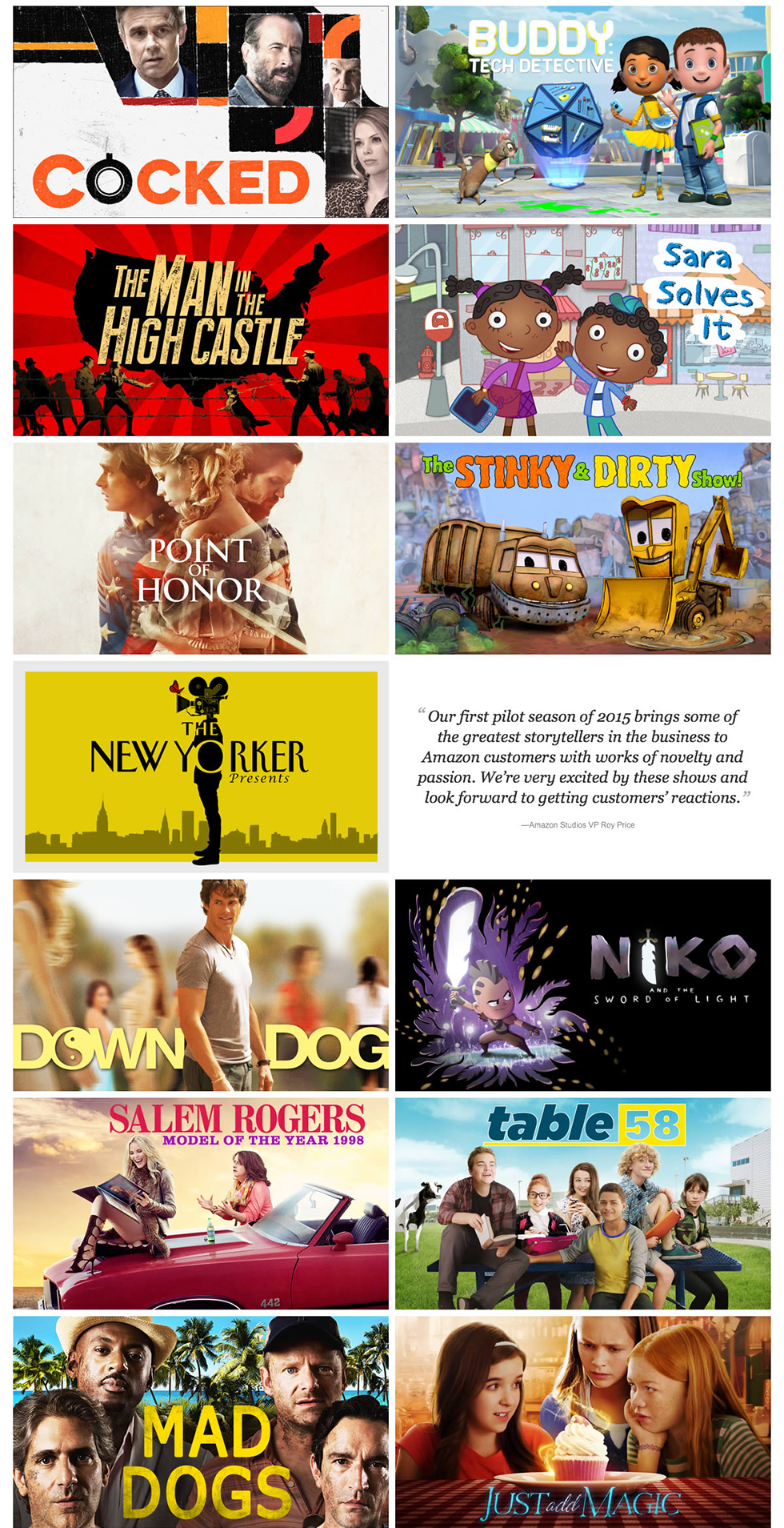