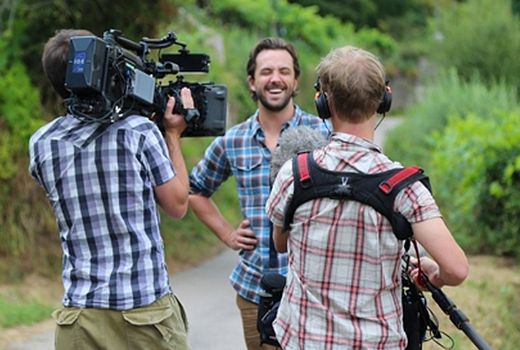 It sees The Voice host experiencing subcultures in Europe.

In the first episode, McMullen becomes a Brony in England, attends his own funeral at the Near Death Fiesta in Spain and becomes a Viking metal band member in Sweden.

During this six-part series, The Voice’s Darren McMullen is rolling up his sleeves to live, work and play alongside some of the wildest characters in Europe, getting stuck into their strange and terrifying activities.

He spends time with various cultural communities, spiritual groups, traditional clans and modern subcultures to gain an insight into their worlds, and wherever possible, he’ll join in and participate in their traditions, customs, ceremonies, spiritual beliefs and practices.

Tonight, Darren heads to Manchester, in the UK, to find out what it takes to become accepted by Europe’s largest ever gathering of My Little Pony fans. Known as Bronies, this international fan group numbers millions, and surprisingly, its members are mainly males aged 16–25. Will Darren get to the bottom of why it is that the multi-coloured ponies aimed at little girls command such a cult following amongst grown men?

Then to the Near Death Fiesta in Northern Spain, where Darren is forced to confront his deep-seated fear of death and attend his own funeral – complete with priest, coffin, pallbearers and thousands of spectators.

And at a heavy metal festival in Sweden, Darren takes to the stage with a band of war- paint-sporting, guitar-wielding warriors, as he discovers his inner Viking in front of an audience of six thousand Viking Metal fans.