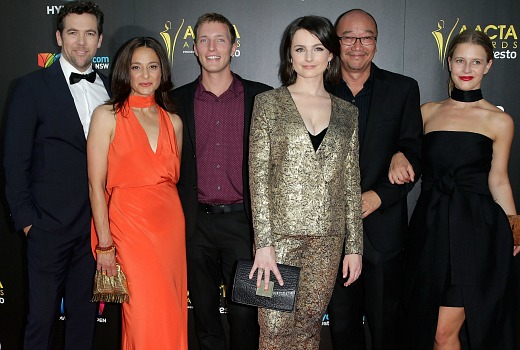 EXCLUSIVE: ABC Director of Television Richard Finlayson will write to the AACTA Awards and Channel Seven after the broadcast last week failed to include presentations for Best TV Drama and Best TV Comedy.

Both were won by the ABC for Glitch and Shaun Micallef’s Mad as Hell, respectively.

But in a highly-edited broadcast on Seven the segments were omitted, while it managed to find time to promote Presto’s Home and Away special event, two performances by X Factor winner Cyrus Villanueva and plugs for AFI membership.

Richard Finlayson told TV Tonight, “At a time when original, quality Australian TV content should be being celebrated, the AACTAs and their host broadcaster chose to dump two of the most important awards from the telecast.

The final programme’s line up broadcast was agreed prior to broadcast by AACTA and Seven. It included 20 minutes of Red Carpet, with a full song by Cyrus Villanueva surrounded by Presto signage. It wasn’t until 8:50 that the opening welcome by Patrick Brammall was seen by viewers, in an event that averaged 419,000 viewers.

AFI | AACTA CEO Damian Trewhella told TV Tonight, “Among many factors is that with the initial FTA broadcast the overall aim is to showcase our industries best to a relatively broad audience – to raise as much awareness as possible.

“Having elements such as music acts that appeal to a broad audience helps develop the audience for the overall show.

“One of the great things and also challenges of the Academy model is that it covers all the key film categories and also all key television genres. This breadth of industry representation creates challenges for what specifically can be included in the initial FTA broadcast and what’s been included has varied across the years.”

2015 was the first broadcast of the AACTAs by Seven.

“You don’t take a holiday in Television!”