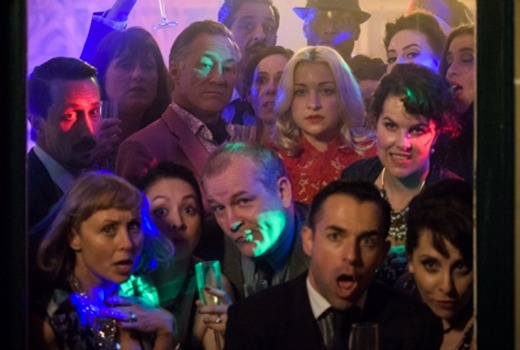 ABC has appointed producer Mandy Chang to the role of Head of Arts, ABC TV.

Chang, who replaces Kath Earle, joined the ABC three years ago overseeing the creation of arts programs including Autopsy on a Dream: The Story of the Sydney Opera House, Hannah Gadsby’s Oz, The Art of Australia, Art and Soul II, Getting Frank Gehry, Comic Book Heroes, The Cambodian Space Project, Cast from the Storm, The Divorce and Matilda and Me.

Most recently she worked on the creation of the ABC iview Arts channel and development of David Stratton’s Story of Australian Cinema, due to premiere in 2016.

Prior to her role at the ABC, she built a standing as a multi-award-winning producer/director and writer with work, covering a wide range of factual genres for international broadcasters including the BBC, Channel 4, ITV, PBS and Sky Atlantic. Her feature length documentary The Mona Lisa Curse for the UK’s Channel 4 won the Rose d’Or, Banff World Media Festival Grand Jury Prize, Grierson and Emmy Awards.

ABC Director of Television Richard Finlayson said: “The ABC has a steadfast ambition to become the home of Arts in Australia. Mandy’s appointment to this role is a clear signal that we intend to commission and produce world-class content across all our platforms and bring the best of the arts to a wide Australian audience.

“Our Arts team has produced some of ABC TV’s best work over the past few years and we are fortunate to have great depth throughout the group. I’d particularly like to thank Kath Earle for her outstanding leadership during the past year, particularly her work bringing our innovative iview Arts channel to life.”

Mandy Chang said: “Having done what I feel is a rigorous three-year apprenticeship, I’m both excited and honoured to be taking on the Head of Arts role.

“We have accomplished much within ABC Arts over the past few years, delivering innovative, high-quality Arts content for audiences, across all of our platforms. I look forward to leading the Arts team as we continue to find ambitious and exciting ways to celebrate and share the artistic achievements and dynamic cultural life of this country.”

She commences her new role this week.