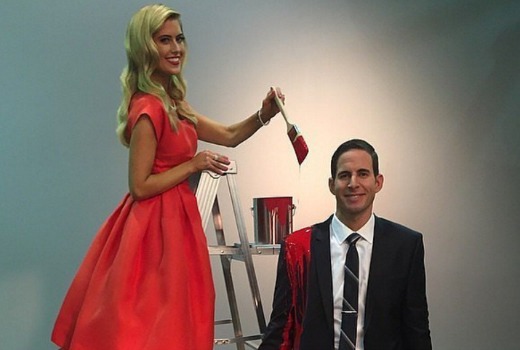 Nine is upbeat with the early figures for its new female-skewing multichannel, 9Life.

Its most popular titles are Flip or Flop (pictured), The Real Housewives of Beverly Hills and Tiny House, Big Living.

Michael Healy, Nine’s Director of Television said: “We’re delighted that Australia has been so quick to embrace its newest channel. It’s also very satisfying to see it perform so strongly against its target demographic. We look forward to rolling out more of the world’s best lifestyle content in the weeks and months ahead.” 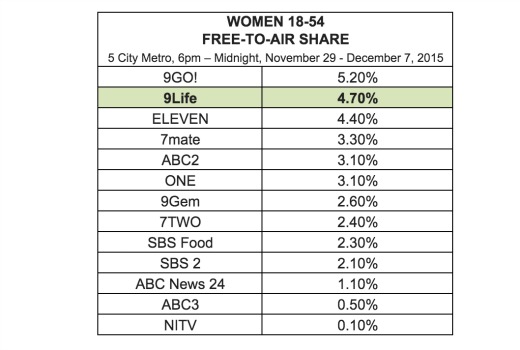 And with Grocery Buyers with Children, 9Life has already soared to a 4.3% share of the free-to-air audience to be the third most watched multichannel with this key demographic. 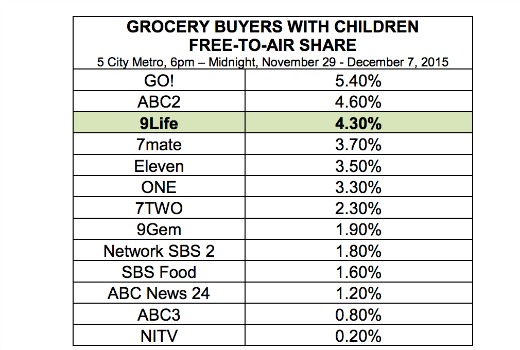 Programs on 9Life include both Australian and free-to-air firsts of some of the world’s most popular franchises, such as Million Dollar Listing, The Real Housewives, Flip or Flop, and House Hunters International.

The Top Ten highest rating programs to have aired on 9Life have all secured 5 City average audiences in excess of 100,000, with free-to-air share reaching as high as 6%. 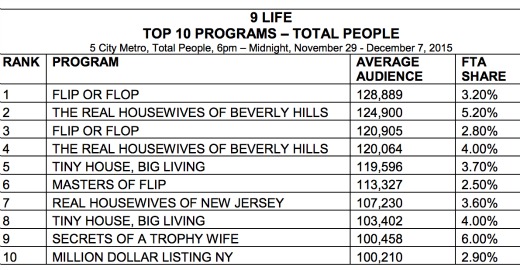 With 9Life’s target demographic of Women 18-54, the highest rating programs to have aired on 9Life have secured free-to-air shares reaching as high as 10.7%. 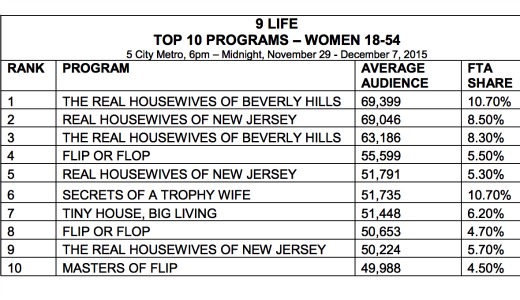