Grantchester returns to ITV for a new series on Sunday – and here is James’s CV! 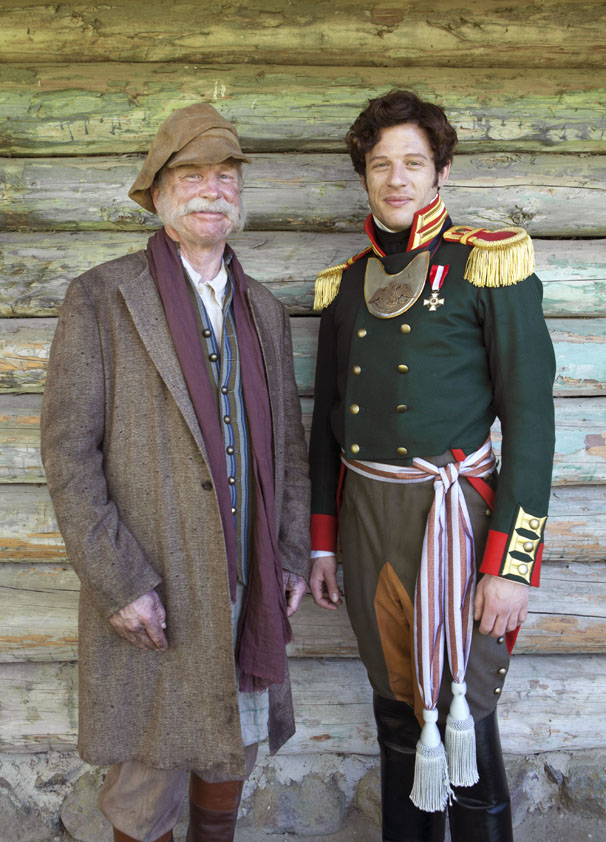 A STAR IS BORN
James Norton was born in London on 18 July 1985. His middle names are Geoffrey and Ian, and he’s the son of two teachers, Lavinia and Hugh (pictured above. His parents often appear in his TV series). The family then moved to Malton in rural North Yorkshire, which James describes as ‘idyllic’. 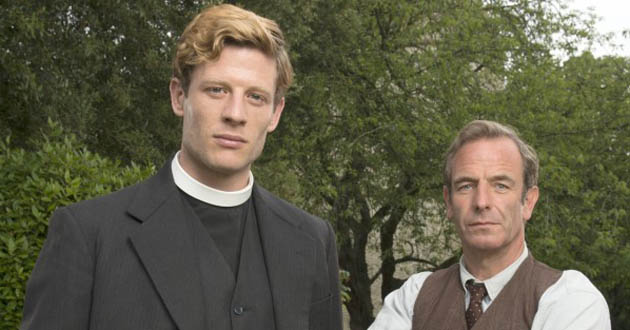 HOLY ORDERS
James went to Ampleforth College, a Roman Catholic boarding school in Ampleforth, North Yorkshire, and then studied theology at Fitzwilliam College at the University of Cambridge, graduating with First Class Honours.

He was taught by Benedictine monks and studied various religions while doing his theology degree, so playing vicar Sidney Chambers in Grantchester, alongside co-star Robson Green, was something that appealed. “Part of the reason I love Grantchester is that it’s a show in which the hero is a man of faith. He’s just a very normal young man.”

MANAGING HIS CONDITION
The actor has type 1 diabetes, diagnosed in 2010 and manages his condition by checking his blood glucose levels regularly and injecting insulin. “Managing the condition is a challenge, but I haven’t let it get in my way,” he said.

TREADING THE BOARDS
James has wanted to act ever since he played Joseph in a school nativity play at the age of four. He then did work experience at a theatre in Scarborough, joined the Marlowe Society Theatre Club at Cambridge and then studied at the prestigious Royal Academy of Dramatic Art in London. 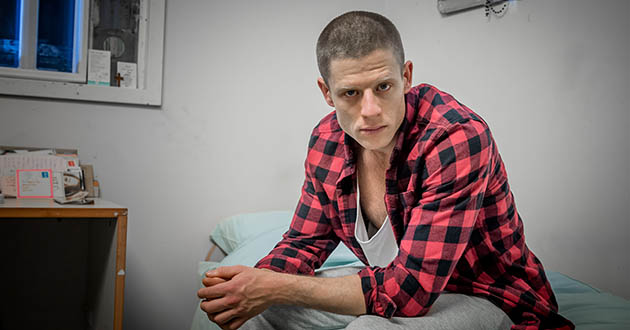 THE GREAT OUTDOORS
After growing up in the countryside, James doesn’t like to be indoors too much, and even though he now lives in Peckham, south-east London, he’s always out and about riding his bike, swimming outdoors or heading off into the country to go rambling.

THE FULL MONTY
James has no problem in taking his clothes off for a role, and stripped down to his shorts for a swimming scene in Grantchester. “I’m not an idiot. I know how it all works and I know why the producers want me to take my top off occasionally. It’s about time male actors experience the objectification actresses have been putting up with for years.” 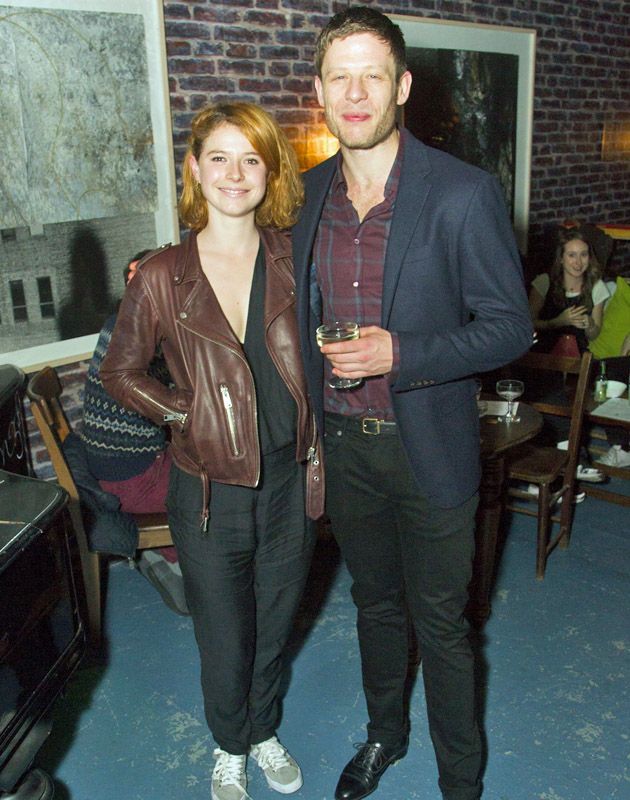 RUSSIAN ROMANCE
He met his girlfriend, fellow actor Jessie Buckley (above), while starring as Prince Andrei Bolkonsky in BBC1’s War & Peace. Jessie played his sister, Princess Marya. Andrei was a troubled soul who found love with  Natasha Rostova (Lily James), but things didn’t go smoothly. He is currently filming a BBC1 gangster drama McMafia, in which he plays the lead role of the son of a Russian crime family.

Grantchester is on Sunday, ITV, 9pm