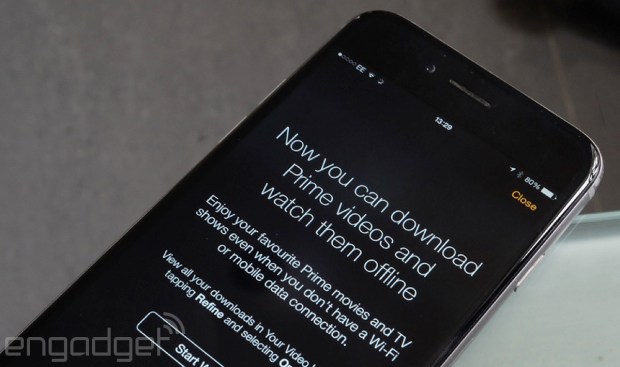 For years, Netflix subscribers have asked for the ability to download movies and TV shows offline. The company says it's "never going to happen" -- so Amazon has taken the initiative and added exactly that to its rival streaming service. If you're signed up to Prime Video, or have an Amazon Prime account, you can now store titles covered by your subscription on almost any mobile device. It's supported in both the iOS and Android app -- although the latter will require you to download the app through the Amazon Appstore. The regular Amazon app in Google Play, which also supports Prime Video, doesn't seem to have the feature just yet, however. The feature first debuted on Fire tablets in 2013, but this expansion is significant -- if you're a frequent flyer, for instance, you no longer have to break your Transparent binge-session or purchase the full series if you're on an iPad.