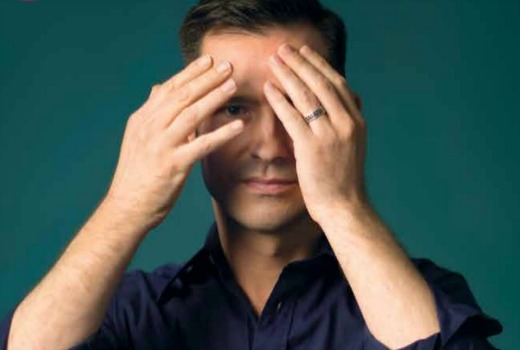 This week ABC will feature its second Mental As… week to coincide with 2015 World Mental Health Day.

“It was a great role for the ABC to lead that much needed national conversation and we are looking forward to hosting it this year.”

Compass | For Better, For Worse: Episode 3, Rough Patches Sunday 4 October, 6.30pm
Mental As… ambassador Jane Caro presents this special five-part Compass series, exploring the secrets to successful long term relationships. Five couples lay bare their joys, challenges and heartaches. What makes their relationship work, what keeps people together and what have they learned along the way? This episode looks at what happens after the honeymoon period: sooner or later every relationship hits a rough patch. Sickness, infidelity, addiction, parenting children; it’s the stuff that can make or break any relationship. Our couples share what characteristics they had to draw upon to get them through.

Australian Story
Monday 5 October, 8pm
Award-winning actor Garry McDonald updates the original program he made with Australian Story in 2002 titled ‘Happy as Garry.’ This program revealed his early battles with anxiety and depression that came to a head during the launch of a new television series. Now, 13 years on, Australian Story catches up with Garry again to discuss how he’s managing his anxiety and the techniques that have worked best for him.

Q & A
Monday 5 October, 9.35pm Live AEDT
Q&A is Australia’s leading forum for tackling the big national issues; mental health is costing thousands of lives and billions of dollars in Australia each year. Following last year’s moving and provocative discussion in Rockhampton, Q&A will once again broadcast a special Mental As… episode. One important question is bound to get a run: “Are we any closer to having the right policies and programs in place?” 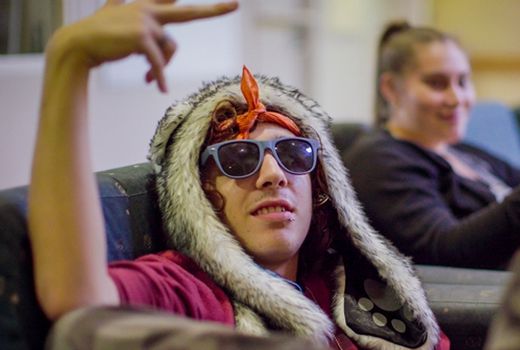  
 Changing Minds: The Inside Story (Series 2)
Tues 6 Oct 8.30pm, Wed 7 Oct 9.35pm, Thurs 8 Oct 8.35pm | Documentary (3×60’)
    Following on from the critical acclaim of series one, Changing Minds: The Inside Story journeys with mentally ill patients on their road to recovery, from breaking point to breakthrough. This second series emphasises the plight of younger patients, aged 18 and over, who are most at risk of developing mental illness. According to psychiatrist Dr Mark Cross: “This is a specifically vulnerable group, this is where the majority of mental illnesses start. So it’s of vital importance, we have to get it right in this age group.” Raw and emotional, profound and at times funny, the three-part series is an intimate observation of daily life in the locked mental health units of Sydney’s Campbelltown Hospital and in the homes of patients cared for by community mental health teams.

The series follows 10 characters whose mental illnesses do not discriminate in age or social standing. They include Nicholas (aged 18), a bullied schoolboy who relieves his anxiety by self-harming; Daniel (20) whose cannabis addiction is masking psychotic symptoms; Taileah (20), a recently graduated nurse whose stress manifests in distressing auditory hallucinations; Nathan (24) whose schizophrenia allows him to chat with Hitler and Muhammad Ali; Joel (18), a rebellious teenager struggling with a tragic past; Fabrice (36), a barrister’s son with persecutory delusions about demons and devils; and David (47) who believes he’s Elvis Presley.

Changing Minds: The Inside Story screens during Mental As… A week long initiative in support of Mental Health Week which aims to encourage Australians to start talking about mental illness and to give to mental health research. Visit abc.net.au/mentalas or SMS “MentalAs” to 0455 021 021 to show your support and make a contribution.
Production details:
Northern Pictures in association with the ABC. Executive Producer Karina Holden. Series Producer Jenni Wilks. Series Director Cian O’Clery. ABC Commissioning Editor Matt Scully.
abc.net.au/mentalas #mentalas 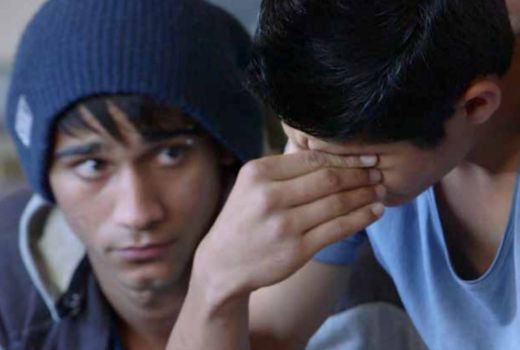  
 Artsville: Cast From The Storm
Tuesday 6 October 9.30pm Arts (1×60’)
A compelling and ultimately uplifting story about a group of incredible refugee survivors undergoing a drama therapy program which helps them face and overcome their darkest memories and deepest fears and traumas. This emotionally powerful documentary examines how the most fragile members of our society – refugee children – can learn to face highly traumatic pasts via the power of drama. Shot over three years, the film follows the remarkable process of transformation amongst a group of teenagers, cast adrift from their families, homes and cultures in war-torn countries, from the early days of the program to their heart-rending final performances on stage. It is a story about facing your fears and discovering the potential for healing in the unlikeliest of places.

  Catalyst
Tuesday 6 October, 8pm
This special episode investigates new research analysing facial expressions, voice, and body posture that may be the key to diagnosing depression. And scientists in Switzerland have shown ghost sightings may be illusions of the mind caused by illness, exertion or stress; the findings could help researchers understand the root causes of psychiatric conditions like schizophrenia. Plus, a range of non- invasive brain stimulation therapies that may help to treat depression and even improve brain function.

Gardening Australia
Saturday 10 October, 6.30pm
Join Gardening Australia as Mental As… gets dirty! Gardening can be so good for you and for Mental As… Costa and the team are going to prove it. He’ll hit the rush hour streets and give desk bound, stressed out city slickers pots of mental health to brighten up their day and their office. We look at the health benefits of greening our neglected urban spaces and Sophie will show how immersing your kids in the garden can build confidence and connection. Whether you have a big backyard or a tiny balcony Gardening Australia has all the tools you need to cultivate physical and mental health. So dig in and join the team as they celebrate the power of plants. 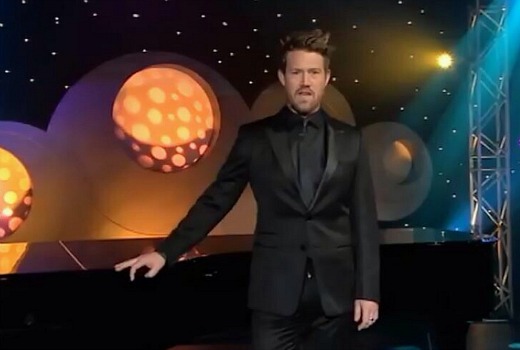  Saturday Night Crack Up
Saturday 10 October, 7.30pm
Live Entertainment Special (1×120’)
    Last year’s Crack Up was a massive success. Host Eddie Perfect was at the helm, orchestrating a huge night of entertainment. Featuring personalities from across the TV networks, musical numbers by Eddie himself, Missy Higgins, Tripod, Tim Minchin and Home and Away stars among many others and hilarious sketches by top comedians including Frontline’s Mike Moore (aka Rob Sitch), Shaun Micallef and Clarke and Dawe was just the start.

What other show would feature Hamish Blake in a toucan outfit, Luke McGregor being hugged by Red Foo from X-Factor and Michala Banas and Shane Jacobson talking about depression before throwing pies in each other’s faces? All of this was just in the first year of the show. This year we are planning more… so much more!

Once again filmed live in front of a studio audience, Eddie Perfect will return to host proceedings. Also guaranteed: loads of Australia’s biggest stars, catchy tunes, side-splitting comedy and plenty of fun for all the family!

  I Took My Baby’s Life
Sunday 4 October, 10pm Documentary (1×60’)
Every 10 days in England and Wales a child dies at the hands of their parent. Such acts are so unspeakable that we prefer to ignore them and rarely explore their causes, or consequences. But how could a mother kill the person she loves most in the world? This film tells the story of Melanie Ruddell, who killed her two-year-old son Christy in August 2010, after suffering from a psychotic breakdown. All who knew her before her psychosis agree that she was an utterly devoted and caring mother. This film gathers detailed accounts from Melanie’s family and closest friends who talk in detail about the events and circumstances building up to Christy’s death, what they believe led to Melanie committing such a seemingly unthinkable act and the lessons that can be learnt from the tragedy. Produced and directed by Henry Singer. Minnow Films for ITV. 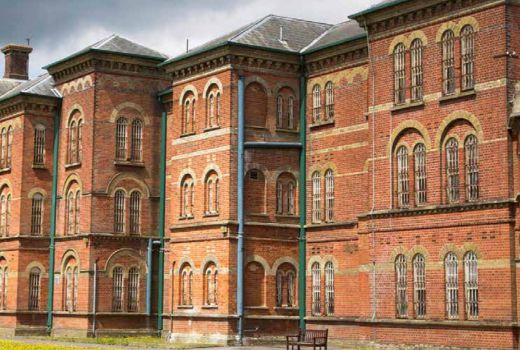       
 Broadmoor
Tuesday 6 October, 9.40pm Documentary (2×50’)
For over 146 years Broadmoor Hospital has gained a reputation as the last stop for some of the UK’s most dangerous criminals. Until recently it was thought of as the place where mentally unstable offenders would be incarcerated for the rest of their lives. Broadmoor is a brave documentary that goes behind the formidable walls at a time when a controversial new approach seeks to release inmates back into society after no longer than nine years. With unprecedented access to staff and their patients, Broadmoor exposes the myths surrounding mental health and reveals the realities of life inside a notorious institution. Executive producer Jonathan Levi. Produced and directed by Olivia Lichtenstein for Shiver.
        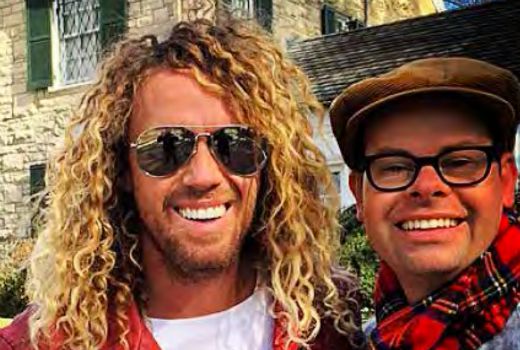       
 Graceland Happiness Project
Thursday 8 October, 9.35pm Documentary (10 Part web series will air as a single program)
When Tim Dormer won Big Brother, he promised to take his fellow contestant and friend Ben Zabel to the home of his childhood idol – Elvis Presley’s Graceland. When Ben’s ongoing struggle with depression was made public after an attempted suicide, what began as a holiday turned into a rescue mission to help Ben find a new lease on life. Will this trip turn Ben’s life around? Is finding happiness that simple? Genuinely hilarious and heart-warming, together they explore the complexity of not only having depression but also being the friend of someone who is suffering from mental illness. A Princess Pictures production. 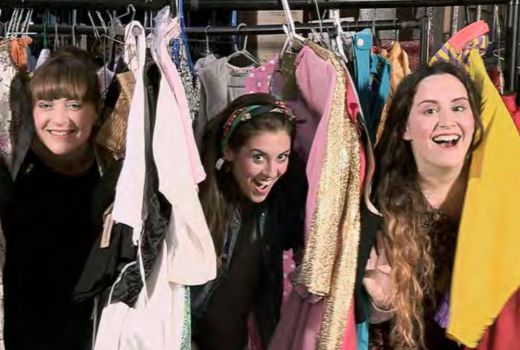  Your Body: Your Image
Weekdays From Monday 5 October, 8pm Documentary (5×7’)
Aimed at older kids, this series takes a frank look at the beauty industry from a worldwide perspective, busting body image myths and investigating the commercialisation of body image ideals and the impact this has on young women and girls. Each episode tackles a different theme: why marketing campaigns usually use super skinny, super tall, white girls; the global beauty industry, cultural diversity and westernisation in fashion; changes in body ideals and trends throughout time; just how much goes into creating a single fashion photo; and how to improve body image, confidence and self esteem in young people faced with this pervasive imagery. A One Tribe TV production, commissioned for the BBC.
   

Studio 3
Throughout the week, the hosts of ABC3’s own Studio 3 will reveal their personal stories of coping with some of the tough issues that young people face growing up and how they overcame them. This year they focus on dealing with failure.

BEHIND THE NEWS
In the lead up to Mental As…, Behind the News is undertaking Australia’s biggest survey of primary school kids’ attitudes to mental health and happiness. Designed in conjunction with child psychologists, the survey will aim to give a unique insight into the things that matter most to kids. All results will be released during Mental As…, with special mental health programming to follow. 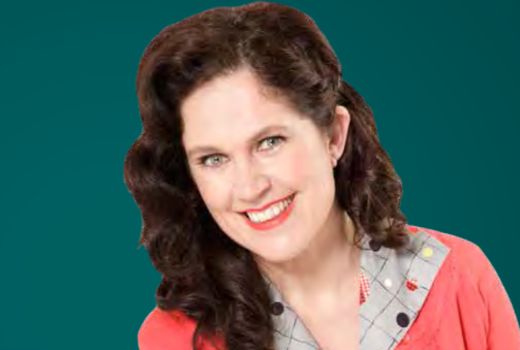 Featuring ABC TV’s Mental As… content from across the week – and a live stream of Saturday Night Crack Up – a dedicated section of ABC iview will also make available programs from last year’s initiative including Speak Your Mind, Altruman, Good Game, Catalyst, Landline and Gardening Australia. Australian Story: Out of the Box, detailing TV producer Adam Boland’s experience of bipolar disorder, will be available to view, as well as other episodes exploring issues around mental health. Four Corners: There’s No 3G in Heaven will also feature, a moving portrait of a community rocked by a series of teenage suicides. Plus Annabel Crabb’s Kitchen Cabinet, in which Andrew Robb and Mary Jo Fisher reveal their struggles with depression and how mental health can influence a political career.

Where the funds will go…
The ABC is again working the Society for Mental Health Research, the national peak body for psychiatric and mental health research in Australia and New Zealand. SMHR President, Professor Patrick McGorry said: “We need a national research effort to match cancer and cardiovascular disease. The funds raised through ABC Mental As… will be invested in mental health research, funding Australia’s next generation of emerging research leaders to seek breakthroughs, progress and cures.”