For starters, just look at all the amazing new TV heading your way in the next 12 months. Even if everything else goes to hell, you can just lock yourself indoors and block out the world with this little lot.

12 years on from the actually-pretty-good Jim Carrey film, Netflix is having another go at adapting the Lemony Snicket books – this time as an eight-part series and with Neil Patrick Harris as the devious Count Olaf.

This new series (of unfortunate events) looks like a whole heap of surreal fun, and with 13 novels to draw on, there's material for at least a couple more seasons of oddball antics.

Denzel Washington won an Oscar for his fiery turn in the original 2001 film, setting a high bar for this new small-screen spinoff on CBS. Bill Paxton is playing the Washington analogue, a rogue cop who takes a rookie (Justin Cornwell, in for Ethan Hawke) under his crooked wing.

Given that it's required to run longer than two hours, this Training Day will present Paxton's character as more sympathetic, with his young partner hoping to "train" a senior officer who's lost his way.

With Kiefer Sutherland having apparently retired Jack Bauer for good, Fox is looking to relaunch the 24 franchise, swapping in a new lead but keeping the show's real-time gimmickry.

Corey Hawkins – the guy who played Heath on The Walking Dead – heads up Legacy as soldier Eric Carter, joined by a strong supporting cast including Homeland's Miranda Otto and Rogue One's Jimmy Smits.

For long-time fans, this new 12-parter will also reintroduce series veteran Carlos Bernard as Tony Almeida – and who knows which side he'll be on this time...

Dan Stevens plays David Haller – potentially the most powerful mutant ever born – in this psychedelic series loosely based on a character from the X-Men comic books. (In the source material, Haller is the son of Professor X.)

Legion is being pitched as having more in common with "a 1964 Terence Stamp movie" than a contemporary superhero blockbuster, and it's being masterminded by Noah Hawley – the man who so skilfully brought Fargo to television – so consider us intrigued.

If you've ever wondered how Bryan Mills acquired that very particular set of skills, you'll be wanting to tune into the new Taken TV spinoff, which picks up with Liam Neeson's badass at the very beginning of his "very long career".

Vikings actor Clive Standen will play the young Bryan in a show that he's pitching as "a cross between 24 and Homeland".

Rosario Dawson will continue to serve as the tie that binds, reprising her role as Luke Cage's squeeze Claire Temple, with Carrie-Anne Moss also guesting as Jeri Hogarth from Jessica Jones.

After years stuck in development hell, Neil Gaiman's award-winning fantasy novel is finally getting the ballsy and lavish adaptation it deserves.

Brought to the screen by Bryan Fuller (Hannibal) and Michael Green (Blade Runner 2049), the series will star Ricky Whittle as Shadow Moon, a former jailbird who strikes a dark bargain with the mysterious Mr Wednesday (Ian McShane).

Gaiman himself has described American Gods as "hyper-real", "gorgeous" and "shit hot" – and, judging by early footage, he wasn't just blowing hot air.

Debuts: May on CBS and Netflix UK

Bryan Fuller's commitment to American Gods means he'll no longer be involved with Trek's much-anticipated return to television, but there's still plenty to be excited about.

The Walking Dead's Sonequa Martin-Green will play the lead, who, breaking with tradition, will not be a ship's captain, and Hellboy's Doug Jones is cast as the Discovery's alien science officer, with Penny Dreadful's Shazad Latif on board as a Klingon commander.

The Wrath of Khan director Nicholas Meyer and Star Trek creator Gene Roddenberry's son Rod are both working on the series, so expect space-age fun with a vintage feel. 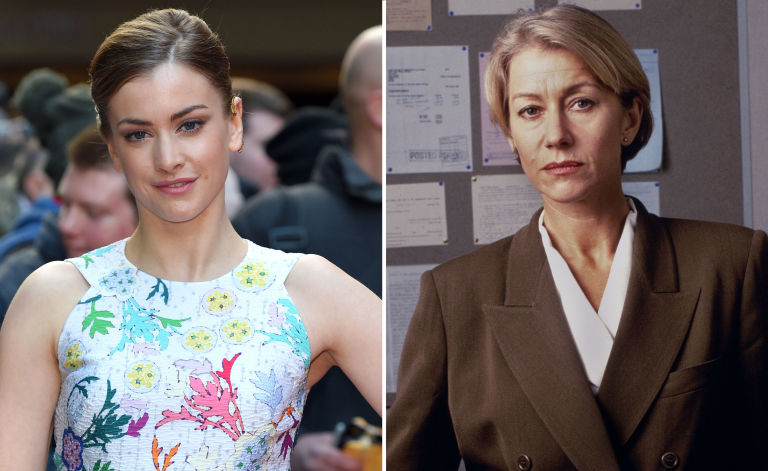 If this new series charting Jane's career as a young officer in the Met is even a hundredth as good as the original, it'll be unmissable television. 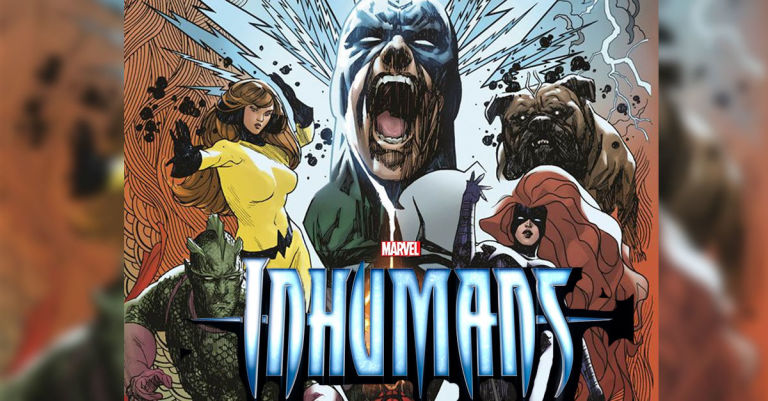 Originally planned as a film, this tale of a super-powered civilisation (inspired by the Marvel comics) will still launch in theatres, but will then relocate to the small-screen for a full series.

The Inhumans have previously featured on ABC's Agents of SHIELD, though apparently there'll be little crossover between the two shows – with this latest entry in the MCU envisioned as more of a standalone piece.

'Member how Marvel rounded off Phase One of its cinematic universe with a glorious team-up of all its heroes in The Avengers? Netflix is looking to do the same with The Defenders, which'll unite Iron Fist with Daredevil, Luke Cage and Jessica Jones.

It'll take a formidable adversary to take on this quarter, so it's just as well that this eight-part miniseries has hired Sigourney frickin' Weaver to bring the bad. We can't wait.

Talk about Make Mine Marvel. The comic giant's third Netflix show of the year, and its fifth TV outing overall, will be this gritty, gun-toting outing, with Jon Bernthal reprising his role as vigilante Frank Castle.

He'll be battling Westworld's Ben Barnes, cast as Billy Russo, Castle's best friend from when he served in Special Forces who becomes the disfigured villain Jigsaw. Isn't it always the way?

It seemed like the fate of special agent Dale Cooper was doomed to be left unresolved, but David Lynch and Mark Frost are finally returning to Twin Peaks after 26 years. (It's been so long, we're calling this a relaunch, not a continuation – hence the "new" tag.)

As you might expect, the specifics of this limited series are being kept a closely-guarded secret, but we do know that it features a cast of over 200 actors – from series veterans like Kyle MacLachlan and Mädchen Amick to new hirings from Tim Roth to Naomi Watts to Michael Cera. Damn fine news! 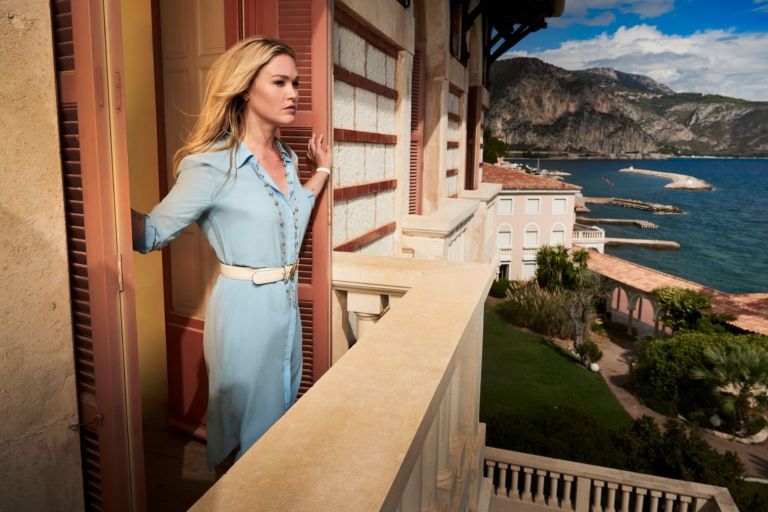 Julia Stiles will head up this dark thriller set against the sun-soaked backdrop of the French Riviera, playing the wife of a billionaire who learns that her late husband was involved in some seriously dodgy dealings.

From the pen of Oscar winner Neil Jordan, Riviera will also star Iwan Rheon – that bastard Ramsay from Game of Thrones – as Stiles's step-son Adam, with Adrian Lester (who also directs some episodes) playing one of her few allies.

Wait, wasn't Michael Scofield dead? The resurrection of Wentworth Miller's aesthetically-pleasing engineer is sure to be the first of many ludicrous twists, as our favourite bonkers Noughties thriller jumps aboard the nostalgia train.

T-Bag, Sucre, Sara Tancredi and more originals are also along for the ride (though no Mahone, which we're still bitter about) – and Miller has even hinted that this could serve as the jumping-off point for more Prison Break adventures. 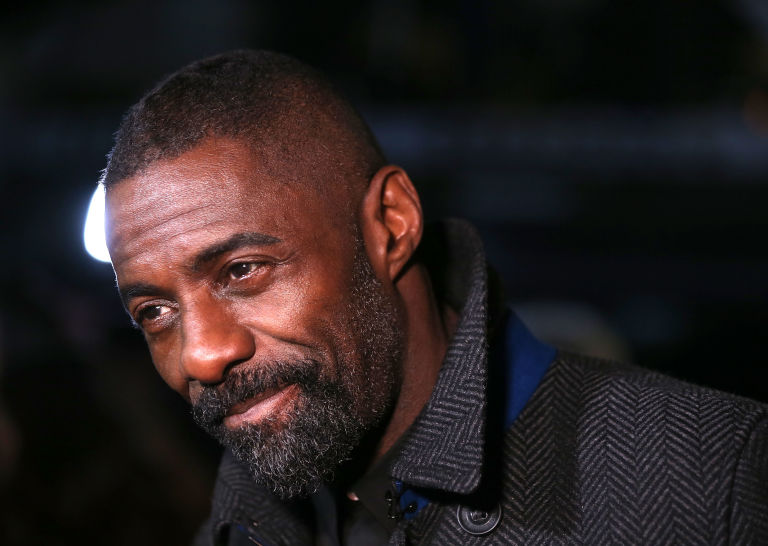 Idris Elba is teaming with Oscar-winning writer John Ridley (12 Years a Slave) for this thought-provoking drama about black activism in '70s Britain, and a Special Branch unit determined to crush it. 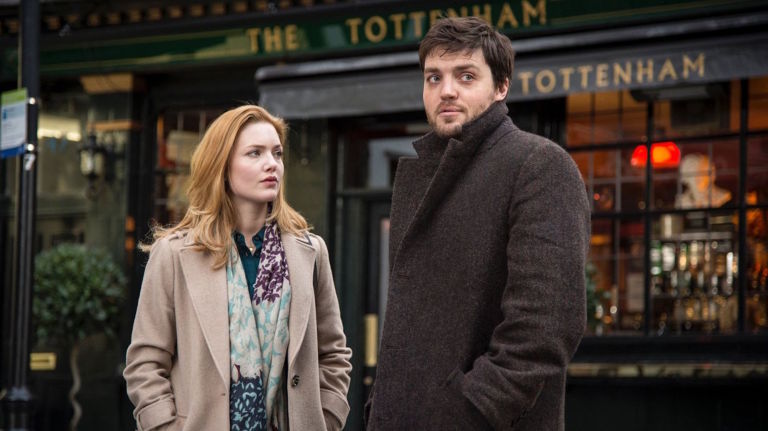 Debuts: TBC on BBC One

Based on the novels by Robert "I'm not JK Rowling, honest" Galbraith, Cormoran Strike has cast Tom Burke as its eponymous hero, with Holliday Grainger playing his sidekick Robin Ellacott.

Both look spot-on according to the book's descriptions of their respective roles (except Burke's hair is possibly not "pubey" enough), so here's hoping that this seven-part series is every bit as absorbing as the original books, following amputee ex-soldier and private investigator Strike.