Home›U.K. Shows›‘Peter could have pushed Ken, but there are lots of twists to come,’ says Corrie’s Chris Gascoyne

‘Peter could have pushed Ken, but there are lots of twists to come,’ says Corrie’s Chris Gascoyne 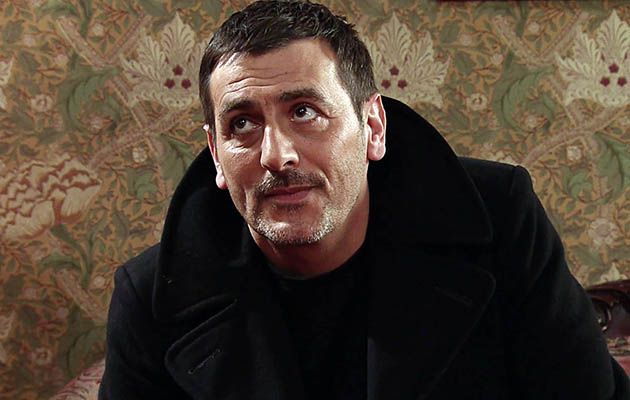 Only one person can give Peter Barlow the alibi he needs to prove he didn’t try to kill his dad, Ken, in Corrie  and that’s Chloe Tipton. But she’s intent on making even more trouble for him.

“Having pleaded with Chloe to tell the police he was with her on the night Ken was pushed, Peter’s astonished to find out she’s reported him for assaulting her!” actor Chris Gascoyne tells Soaplife. “This is a nightmare for him because, apart from being charged with the assault on Chloe, it also definitely puts him in the frame for Ken’s attack!”

How does girlfriend Toyah react to his assault charge?
“She seems to believe him when he vows that Chloe’s stitched him up. But it must be very hard for Toyah [Georgia Taylor] with Peter’s track record and the lies that he’s told about Chloe in the past.”

After all the women Peter’s wronged, how does it feel to have Chloe calling the shots this time?
“Ha-ha! It’s karma, isn’t it? He’s met his match with Chloe [Jo Ann Knowles]. Even Carla Connor [Alison King] and Leanne Battersby [Jane Danson] didn’t manage to set him up and destroy his life. He always managed to do that for himself. Now this woman he’s tried to help has become his worst nightmare and she’s very clever.”

How does Peter feel knowing his dad suspects him of pushing him?
“If he’s innocent, he’ll be very hurt that his dad could think he’d do that. But all the Barlows have a motive and times when they’re not accounted for. They’re all claiming to have had nothing to do with it. But, if it was a heat of the moment thing, it could easily have been Peter because he was very angry with his dad.”

Do you suspect who’s to blame?

“It could be Peter, but he might be trying to shift the blame. I have my own suspicions, but it’s so cleverly written, I may be wrong!”

Could someone from outside the family be the real culprit?
“It looks as though it’s one of the Barlows, but that could just be a big red herring and it could be someone else entirely. There are lots of twists and turns to come.”