Remind yourself of all the soap drama that was happening in Corrie, EastEnders, Emmerdale and Hollyoaks 10 years ago this week! Doesn't time fly? 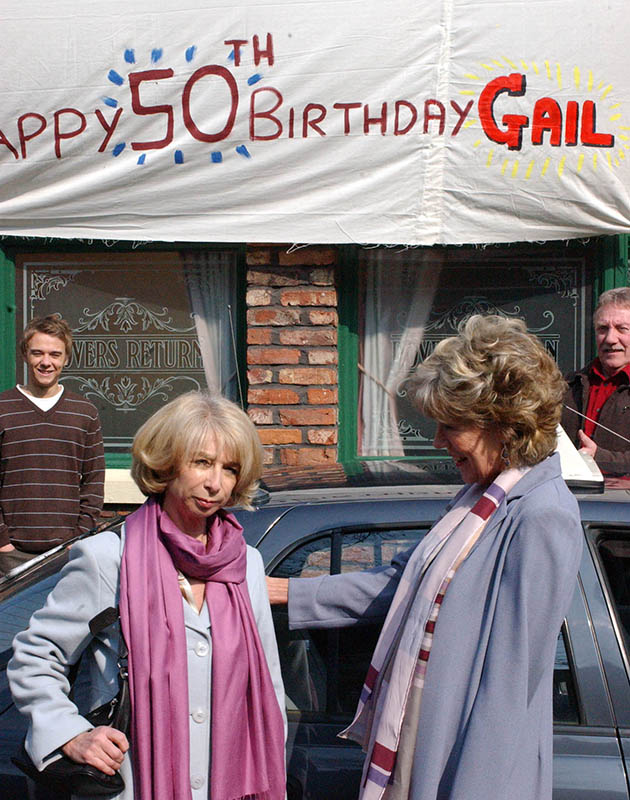 Oh, how David Platt (Jack P Shepherd) laughed when he helped his gran, Audrey Roberts (Sue Nicholls), put up a big banner as a surprise for Gail on her 50th birthday, 10 years ago. But what was so funny – and why was Gail Platt (Helen Worth) so clearly not amused? Because she wasn’t 50! Audrey had got it wrong – and David knew it, but didn’t say anything.

Gail was furious and horrified to realise her own mother didn’t know how old she was. Audrey was full of apologies, though, and they did end up sharing a glass of fizz for Gail’s 49th birthday. 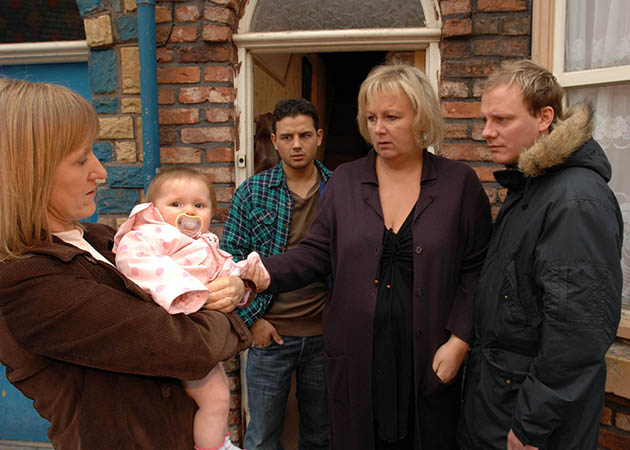 Eileen Grimshaw (Sue Cleaver) thought that baby Holly was her granddaughter, her son Jason’s (Ryan Thomas) little girl. But she wasn’t. Eileen was devastated when the cruel truth was revealed, that Charlie Stubbs had pretended he was Jason when she slept with a woman. Charlie was dead, the mother was unfit, but Eileen still couldn’t keep Holly. In a final, devastating twist, Social Services arrived and Jason and Sean Tulley (Antony Cotton) watched as heartbroken Eileen could hardly bear to let go of Holly as she was taken into care. 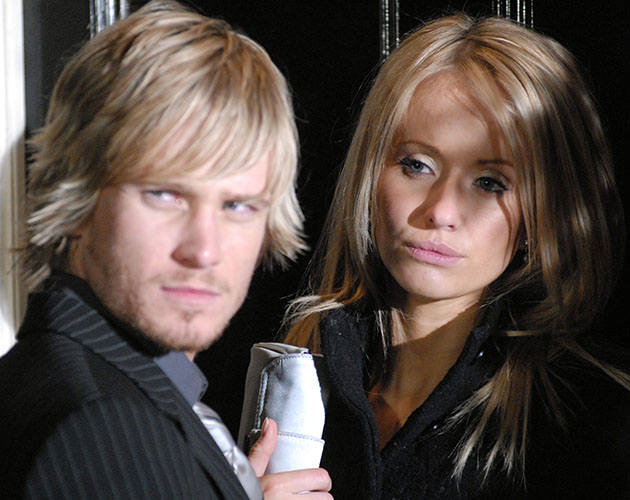 Ten years ago, David Metcalfe (Matthew Wolfenden) looked more like a boyband hunk than the married stepfather recovering from cancer that he is today. And he was enjoying the attention of Katie Sugden (Sammy Winward), after he walked her home from a party at Home Farm. But he shouldn’t have been, as he was already hooked up with Delilah Dingle (Hayley Tamaddon). And Delilah’s cousin, Chas (Lucy Pargeter), saw David cheating and dropped him in it… 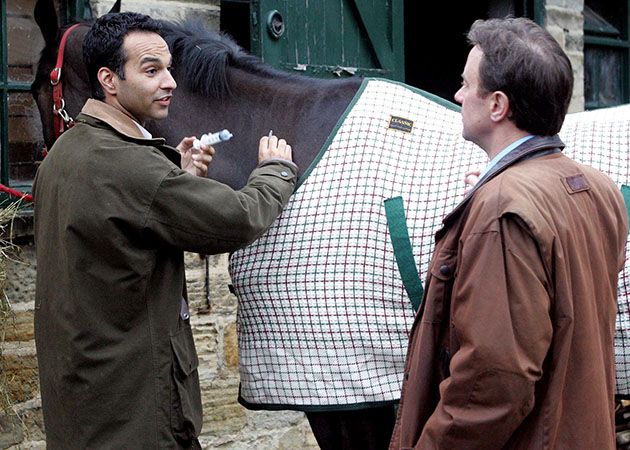 There was horsing around of a very different nature when hopeless gambler Grayson Sinclair (Chris Villiers) caught sneaky vet Hari Prasad (John Nayagam) injecting his racehorse, Boomer. Hari said it was just vitamins that he was using to get the horse in top shape for his first race. But it was steroids and Grayson had backed another loser in his new business partner Hari. 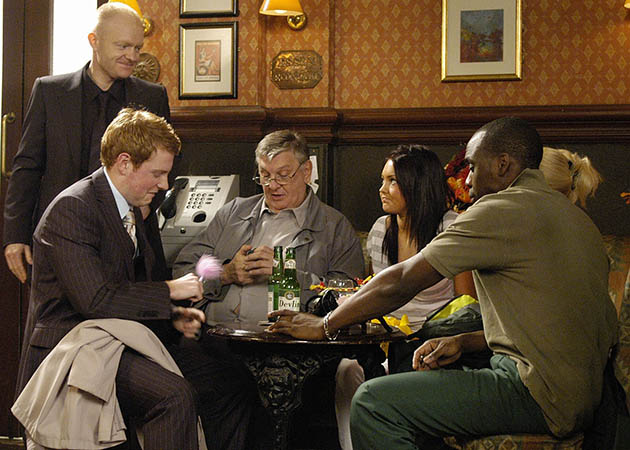 At this point 10 years ago, sweet Bradley Branning (Charlie Clements) had no idea that his wife, Stacey (Lacey Turner), was playing away with his dad, Max (Jake Wood). Stacey had just returned from holiday and should have only had eyes for Bradley, but it was very clear that Max was pleased to see her – and Stacey wasn’t happy to be blocked off from him by her Uncle Charlie (Derek Martin). 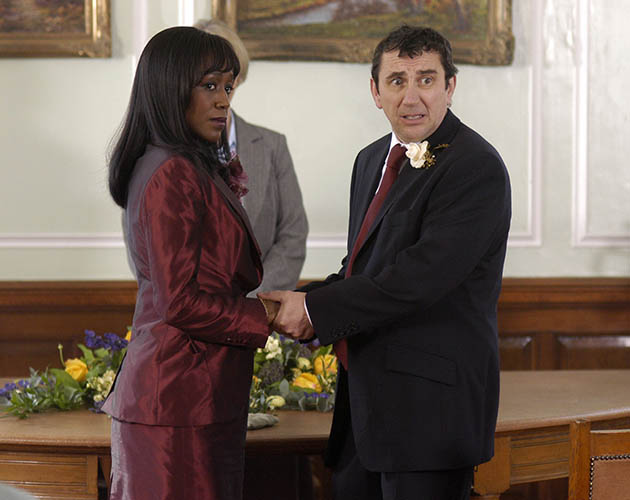 Also this week 10 years ago, Denise Fox (Diane Parish) was preparing to marry Kevin Wicks (Phil Daniels). But Shirley Carter (Linda Henry), Kevin’s ex, had tipped up in Albert Square and tried very hard to ruin their wedding. Denise’s hen night was a clucking nightmare, with Shirley continually pecking at the bride-to-be. Denise made it to the register office, but Shirley turned up there, too and the soon-to-be weds were nervous… Shirley announced she and Kevin had recently slept together but it didn’t stop the wedding, as Kevin had already told Denise. 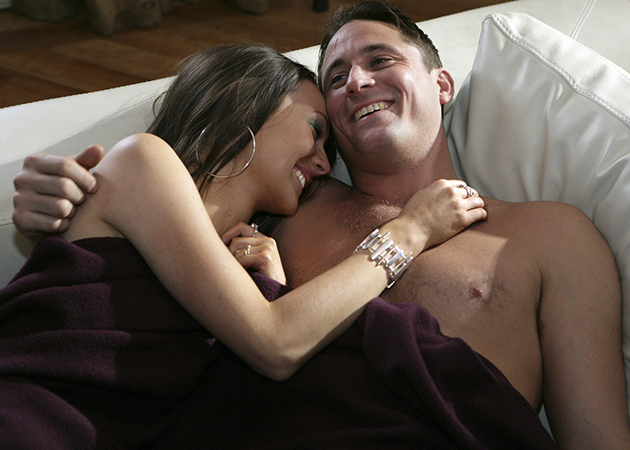 Jacqui McQueen (Claire Cooper) was one of the first women to make a major impact on Tony Hutchinson (Nick Pickard). Divorcee Tony couldn’t resist ex-con Jacqui and this week 10 years ago they ended up sleeping together. But this became more than a fling and led to heartbreak for both of them. 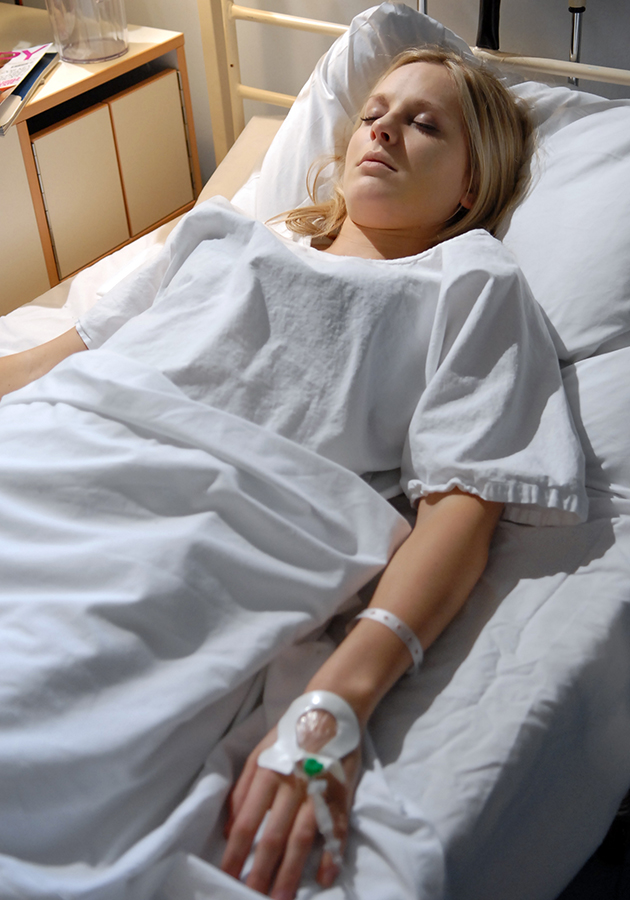 Zoe Carpenter (Zoe Lister) had fallen victim to her stalker boyfriend Will Hackett (Oliver Farnworth). He had been spying on her and overheard her making fun of their sex life. Infuriated, Will drugged Zoe and made it look like she had tried to kill herself, which is how she ended up in hospital, on a drip.